According to law enforcement sources, two black women taunted the 22-year-old Hasidic Jew with anti-Semitic slurs, and when he tried to film it, a 24-year-old woman grabbed his cellphone, broke it in half, and threw it on the ground before punching him in the throat, PIX 11 reported.

Authorities said the young Jewish man suffered minor injuries after he was hit in the face with a cellphone, Fox reported.

The women reportedly yelled slurs like “[expletive] you Jew” and “I will kill you Jews,” the Post reported.

Police arrested the two women at Broadway & Rutledge Street in Williamsburg on Jan. 1.

After they were taken into custody, 34-year-old Arugudo Jacinte was charged with assault, robbery, harassment, and criminal mischief. The other woman, 24, hasn’t had charges filed against her yet.

The police did not confirm whether the alleged attack was classed as a hate crime.

The 22-year-old man was taken to the hospital for treatment, NBC reported.

The attack comes after a string of anti-Semitic attacks, the latest being a stabbing rampage at a Hasidic Jewish Rabbi’s home in Rockland County, New York, by a man wielding a machete.

The NYPD identified him as 37-year-old Grafton E. Thomas.

The attack occurred around 10 p.m. local time on Saturday. The house is located on Forshay Road, Monsey, according to a tweet from the Orthodox Jewish Public Affairs Council (OJPAC) for the Hudson Valley region.

OJPAC added that the five people with stab wounds had been transported to local hospitals. Two of them are in a critical condition, with reports that one victim was stabbed in the chest.

At 9:50 this eve, a call came in about a mass stabbing at 47 Forshay Road in Monsey (Rockland County; 30 miles North of NYC). It’s the house of a Hasidic Rabbi. 5 patients with stab wounds, all Hasidic, were transported to local hospitals. 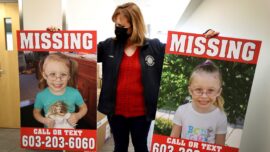