A 6-year-old girl sleeping in her mother’s car in a Walmart parking lot died in an intense fire on Wednesday.

The suspect is 70-year-old Roberto Hipolito, reported CBS. He left a hot cooking stove in his van next to where the girl was, causing his van to burn and spread the fire to the cars next to it where the girl was sleeping.

The 6-year-old girl’s name was Ty’rah White. She was with her sister, Taraji White, who has been hospitalized in critical condition and is fighting to survive, with burns on most of her body.

Roberto Hipolito lived with his wife in the van and has been charged with second-degree manslaughter and two counts of negligent fire.

The tragedy occurred outside a Walmart in Fridley, Minnesota, a northern Minneapolis suburb.

Hipolito was recorded by surveillance cameras cooking something on the stove and then putting it in the van before walking away to the store. About two minutes later, his wife was told by passersby that the back of the van was on fire.

“She gets out and tries to remove belongings, but the fire intensifies within thirty seconds of the rear door being opened. Within 3-4 minutes the two vehicles on each side of the van are also on fire, including the one from which the children were ultimately recovered,” says the complaint, reported the Associated Press.

“My daughter, my baby Ty’rah, she was such a bright kid, very bright, she loved people, she had a huge personality,” Essie McKenzie, the girls’ mother, told CBS.

McKenzie was with Ty’rah during her final hours in the hospital. She says believes her daughter forgave her.

“I kissed her like she wanted to be kissed and I talked to her. I pretty much apologized. In my heart I knew she forgave me for anything I have done,” McKenzie said.

She said she left her daughters sleeping in the van while she went shopping and the van caught fire.

“My daughter Taraji still doesn’t know her sister transitioned for one. That’s really getting to me, and she’s really fighting,” McKenzie said.

Towing the van now after it caught fire in the Walmart parking lot in #Fridley Police say fire spread to both cars next to it, one of them had two young girls in it. Both girls were burned, one severely. Police say mom was inside shopping for nearly an hour. More on @kare11 pic.twitter.com/2CrwcFPXS2

She says she doesn’t hold any hatred towards Hipolito.

Surveillance video shows Roberto Lino Hipolito cooking something on the stove, then putting it in the van before going into the store. https://t.co/SJCVvwMBs1

McKenzie said she appreciates all the efforts and help of the doctors at the Hennepin County Medical Center.

“The doctors [at HCMC] were just so pure, they had a huge heart here. They felt my cries and cried with me every step of the way,” McKenzie said.

A 70-year-old man camping in a Minneapolis Walmart parking lot put a hot cook stove in his van, causing it to catch fire and spread to another van, burning two young sisters and killing one of them, authorities said.https://t.co/Tr4sTEuxj7 pic.twitter.com/TDcgKmsCv7 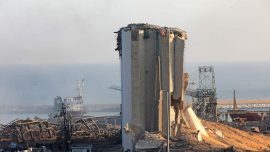 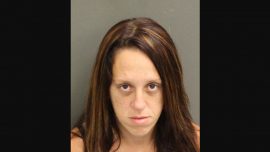