VALDEZ, Alaska—Authorities in Alaska have released the identities of three people found dead in the icy waters of a glacier-fed lake.

According to the City of Valdez, among the dead were a German couple, Dr. Albercht Paul Thomas Schroder-Schroer and Maria Elisabeth Schroer, and a recreational guide, Austrian Manfred Brida.

The three were found on Tuesday, July 30 in the water near the toe of the Valdez Glacier, about 100 miles east of Anchorage. One body has significant head trauma.

The glacier is dropping chunks of ice into the water. City spokeswoman Sheri Pierce said the cause of the deaths is under investigation but that it’s possible falling ice or ice moving in the water knocked them out of the inflatable canoe. Pierce emphasized that it’s not clear what happened because there were no witnesses.

“The glacier is shedding ice. It’s a very dangerous situation to be back towards the toe of a glacier when you have those types of unstable, large pieces of ice in the water,” Pierce said.

One of the victims was found on an ice floe and two were floating in Valdez Glacier Lake. All three were wearing life jackets, but they didn’t have on wetsuits to protect them from the frigid water.

“That water is glacier water, and it is so, so very cold,” Pierce said.

The bodies were recovered after a kayaking guide reported what appeared to be dead people, Pierce said. City officials initially said the dead were kayakers.

The glacier and lake are a popular destination for locals and tourists alike, offering stunning views against a mountain backdrop a short drive from Valdez. In summer, attractions include kayaking, camping, and hiking. In winter, people snowshoe or snowmobile across the frozen lake.

Meanwhile, another German resident died in an unrelated car wreck in Alaska on the same day.

Alaska State Troopers say 58-year-old Jurgen Klos of Dortmund died on Tuesday, July 30 in a crash at Mile 95 Parks Highway. The crash site is about 3 miles (4.8 kilometers) south of the turnoff to Talkeetna in the Matanuska-Susitna Borough.

Troopers said the cause of the crash is undetermined but that a compact sport utility vehicle driven by Klos may have crossed the centerline.

The SUV crashed into a tanker truck driven by 60-year-old Dale Ax of Big Lake.

Klos died at the scene. A passenger was flown to Providence Alaska Medical Center for evaluation.

The driver of the semi was not injured. 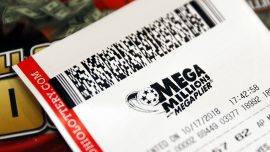 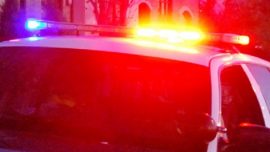