The autopsy reports for a mother and two daughters allegedly killed by their husband and father have been completed, according to officials in Colorado.

The case of Shanann Watts and her daughters, Bella, 4, and Celeste, 3, became national news after it was revealed that Chris Watts, Shanann’s husband and father to the two girls, reportedly confessed to murdering his wife.

Watts, 33, claimed that he killed Shanann, 34, after seeing her strangle their children on a baby monitor. He said she was upset after he informed her he wanted to separate from her.

But prosecutors have charged him with murdering all three as well as unlawful termination of a pregnancy, since Shanann was 15 weeks pregnant when she was murdered on Aug. 13.

The autopsy reports for Shanann, Bella, and Celeste have been completed, according to an Oct. 1 notice by the Weld District Attorney’s Office.

The notice was filed in accordance with a judge’s order made last week that the office should alert the court when the autopsies were completed.

The reports remain sealed pending a hearing, which has not yet been scheduled, but copies of the report were given to Watts’ attorneys and prosecutors.

Rourke said in his request that disclosing the coroner’s observations in the autopsies “could result in tainting witnesses” in the high-profile case and could also impact the future juror pool.

Watts is scheduled to appear in court on Nov. 19 for a status conference, according to CBS.

The bodies of the three females were found on the property of Anadarko Petroleum, which employed both Shanann and Chris at one time. The girls were found submerged in oil, inside containers, while Shanann was found nearby.

Watts was charged with five counts of first-degree murder, two of which were due to the young age of his daughters when they were killed, along with the one count of unlawful termination of pregnancy and three counts of tampering with a deceased human body.

4 Inmates Who Escaped Federal Prison Camp Back in Custody

You will Be Charged to Visit Europe From 2023 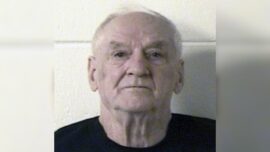