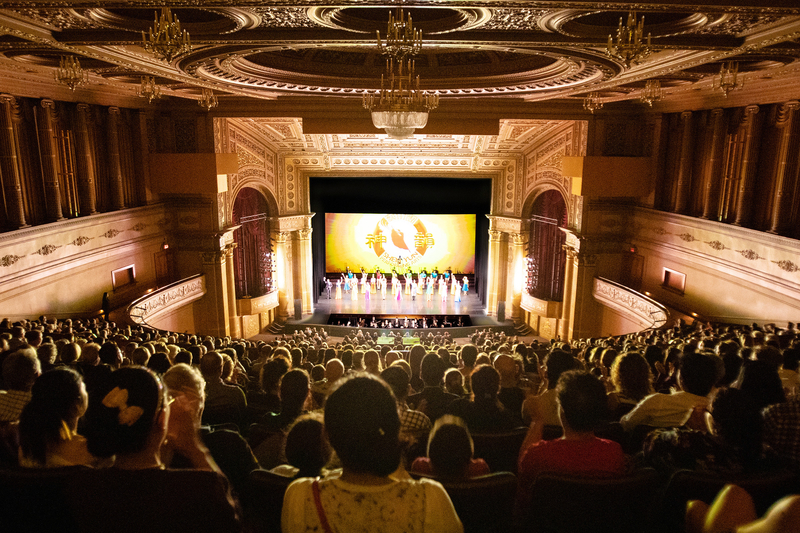 Dance teacher Brooke Synnott was impressed at the athleticism displayed by Shen Yun performers and could see the ancient Chinese culture coming through in the performance.

“The athleticism and gracefulness mixed together is just phenomenal,” she said. “You could really see the culture behind everything they were doing.”

Synnott, who saw Shen Yun Performing Arts at the Regent Theatre in Melbourne, has had 20 years experience teaching classical ballet. As director of Theatrix Dance Centre, she very much appreciated the classical form of dance she saw on stage.

“I just loved how rich it was with culture and how not to forget what’s happened in the past and bring that through the future,” Synnott said. “I will definitely draw from tonight’s performance and take it back to the studio, and show my children what the world has to offer.”

For thousands of years, Buddhism, Taoism, and Confucianism were at the heart of Chinese society. Audiences noted that in many of the Shen Yun dance-based stories, the characters show reverence for the divine.

“I’m just really moved by one of the last performances that we saw about restrictions on religious beliefs and how that was interpreted through dance. I thought it was quite powerful,” Dr. Susie Karpasitis, a learning designer consultant for Keypath Education, told NTD News.

James Somerville, co-founders and company director of Smile Ville, said: “The way they’ve displayed their creation and their Creator, and how they define it is very interesting, and the way they displayed this is very holy and good.

“Very interesting to see the other aspects of their beliefs and their backgrounds, and how strongly they do believe in it. It’s good to see it—it’s different and very engaging.”

Somerville resonated with both the humor and the sadness on display in a dance story based on true events from contemporary China that showed people getting lost in technology and how badly the communist regime is treating those who hold onto traditional Chinese values.

As spiritual expression is not allowed today in communist China, he appreciated the courage and hope the dancers portrayed “with the oppression, where people were being held back from what they believed in.

“But then the strength at the end to carry on through—they were happy and it was all about belief and faith that kept them strong.”

Somerville said he intended to tell his friends that in a Shen Yun performance.

“The artists paint a marvellous picture of Chinese history,” he said.