Former Vice President Joe Biden said the United States would rejoin the World Health Organization (WHO) under his administration.

Biden, the presumptive Democratic presidential nominee, said rejoining the United Nations body would be on of the first things his administration does if he’s elected commander-in-chief.

“Americans are safer when America is engaged in strengthening global health. On my first day as President, I will rejoin the @WHO and restore our leadership on the world stage,” Biden, 77, said in a social media statement.

President Donald Trump’s administration submitted notice on Wednesday to the United Nations (UN) for withdrawal from the WHO.

Because of the period of time between the notice and effective withdrawal, Biden could reverse Trump’s decision if elected.

Trump, a Republican running for his second term, has repeatedly lambasted the WHO, highlighting its failure to act decisively as the CCP (Chinese Communist Party) virus emerged in China late last year.

The virus causes the disease COVID-19.

American officials gave the WHO a set of proposed reforms but the organization declined to enact them.

“Because they have failed to make the requested and greatly needed reforms, we will be today terminating our relationship with the World Health Organization and redirecting those funds to other worldwide and deserving, urgent global health needs,” Trump said in May.

The formal withdrawal came after the WHO admitted CCP officials didn’t report the emergence of the new virus from China to officials at the organization.

Stéphane Dujarric, a spokesman for UN Secretary-General Antonio Guterres, said that U.S. membership in WHO was accepted in 1948 with certain conditions for its eventual withdrawal.

“The said conditions include giving a one-year notice and fully meeting the payment of assessed financial obligations,” Dujarric said in a statement.

Guterres “is in the process of verifying with the World Health Organization whether all the conditions for such withdrawal are met.”

Secretary of State Mike Pompeo told reporters in Washington on Wednesday that the Trump administration will work with Congress to get the funds the United States owes to the WHO.

“We’ll get it right. But the President has made very clear we are not going to underwrite an organization that has historically been incompetent and not performed its fundamental function,” he said.

“There’s a real focus on the failures that took place around Wuhan and the World Health Organization’s fundamental inability to perform its basic core mission of preventing a global pandemic spread,” he added, alleging that the WHO also performed badly during the SARS pandemic and the Ebola outbreak.

A number of lawmakers and experts condemned the withdrawal.

“The Administration’s move to formally withdraw from WHO amid the greatest public health crisis that Americans and the world have faced in a century is short-sighted, unnecessary, and unequivocally dangerous. WHO is the only body capable of leading and coordinating the global response to COVID-19,” United Nations Foundation President Elizabeth Cousens said in a statement.

“Not only will this withdrawal hurt global efforts to develop and deploy critical vaccines, but it will also remove our ability to have a say in the operations and future of that organization, yielding much influence to China,” said House Majority Leader Steny Hoyer (D-Md.) in a statement.

Republican National Committee Chairwoman Ronna McDaniel criticized Biden for his support of the WHO, accusing the organization of failing to look out for a pandemic.

“They told us not to wear masks. They didn’t alert the United States quickly enough or all the other countries [where] lives have been lost because of their ineptitude,” McDaniel said during an appearance on Fox News.

“What do you do when somebody doesn’t do their job? You fire them,” she added.

Biden has said before that he’ll restore U.S. funding to WHO.

“Yes I will, but I’ll also insist that we do what we were doing before,” Biden said, adding that the Obama administration had a pandemic office inside the White House, in an interview with CBS 4 in April when asked if he would restore funding.

In a plan his campaign released on how the Democrat would combat the COVID-19 pandemic if elected, Biden says he’d call for the creation of a Global Health Emergency Board.

The board would convene leadership of the United States, G7 partners, and other countries in support of WHO “to ensure a coordinated health and economic response globally, especially with respect to vulnerable countries,” the plan states.

Among the board’s goals would be offsetting the cost of bringing vaccines for the CCP virus to developing countries. 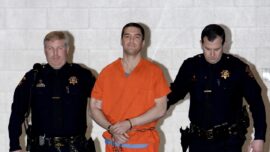 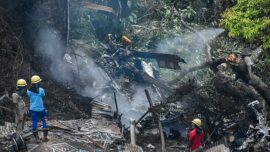 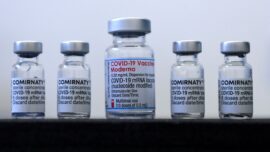 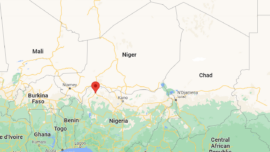 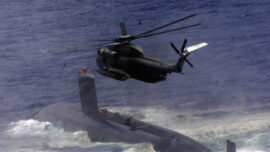