California Gov. Gavin Newsom on Friday signed an executive order to ban evictions of tenants in the state affected by the CCP virus outbreak through the end of May.

NTD refers to the novel coronavirus, which causes COVID-19, as the CCP virus because the Chinese Communist Party’s coverup and mismanagement allowed the virus to spread throughout China before it was transmitted worldwide. The virus has infected over 100,000 in the United States and killed 1,693 by late March 27, according to data on confirmed cases.

“No one should lose their home because of COVID-19,” Newsom announced on Twitter.

The order (pdf) prohibits landlords, law enforcement, or courts from evicting tenants or enforcing evictions for not paying their rent.

Tenants must apply to have eviction proceedings halted within seven days of missing a payment, declaring in writing that they cannot pay all or part of their rent due to the CCP virus.

“The tenant would be required to retain documentation but not required to submit it to the landlord in advance,” a statement from Newsom’s office reads. “And the tenant would remain obligated to repay full rent in a timely manner and could still face eviction after the enforcement moratorium is lifted. The order takes effect immediately, and provides immediate relief to tenants for whom rent is due on April 1.”

The state had already given local governments the authority (pdf) to ban evictions of people who were affected by the CCP virus—in particular, those who became sick from the virus or are experiencing loss of wages or layoffs, which directly affects their ability to keep up with their rents, mortgages, and utility bills. The latest executive order expands the ban of evictions across the entirity of California, Newsom said.

Newsom said on Wednesday that many banks, including five of the nation’s largest, have agreed to temporarily suspend residential mortgage payments for people whose jobs have been affected amid the pandemic.

Wells Fargo, U.S. Bank, Citi, and JPMorgan Chase will defer mortgage payments for three months. An additional 200 state-chartered banks and credit unions will offer similar deferrals, Newsom said. The banks also pledged not to initiate foreclosure sales or evictions for the next 60 days, and they promised not to report late payments to credit reporting agencies.

Newsom said everyone is eligible, regardless of how much money they make. He said homeowners must submit “some form of documentation,” but did not give details.

As of Friday, 3,801 people had tested positive for the CCP virus in California and 78 had died, Newsom said.

The governor also said that California has tested 88,400 people for the virus, checking about 10,000 people per day. He added that it was taking a week or more to get results, so it was not immediately clear how many of those tested had contracted COVID-19.

The U.S. Naval Ship Mercy Hospital, a giant hospital ship, arrived at the Port of Los Angeles on March 27. It will be used to add 1,000 beds for non-COVID-19 cases so that other hospitals in the city can increase their capacity to care for victims of COVID-19.

Los Angeles Mayor Eric Garcetti said on Friday that CCP virus cases in the city are spiking and may have as many cases as hard-hit New York in as little as five days.

CCP virus cases in Los Angeles County soared by 50 percent on Thursday and another 20 percent by noon on Friday for a total of 1,465, Garcetti said at a news conference with Newsom aboard the ship. If the increases continue at Thursday’s rate, the county will meet New York City’s 25,398 cases in five days; if the cases increase by Friday’s rate it will take just a few more days to catch up to New York City’s case numbers.

Reuters and The Associated Press contributed to this report. 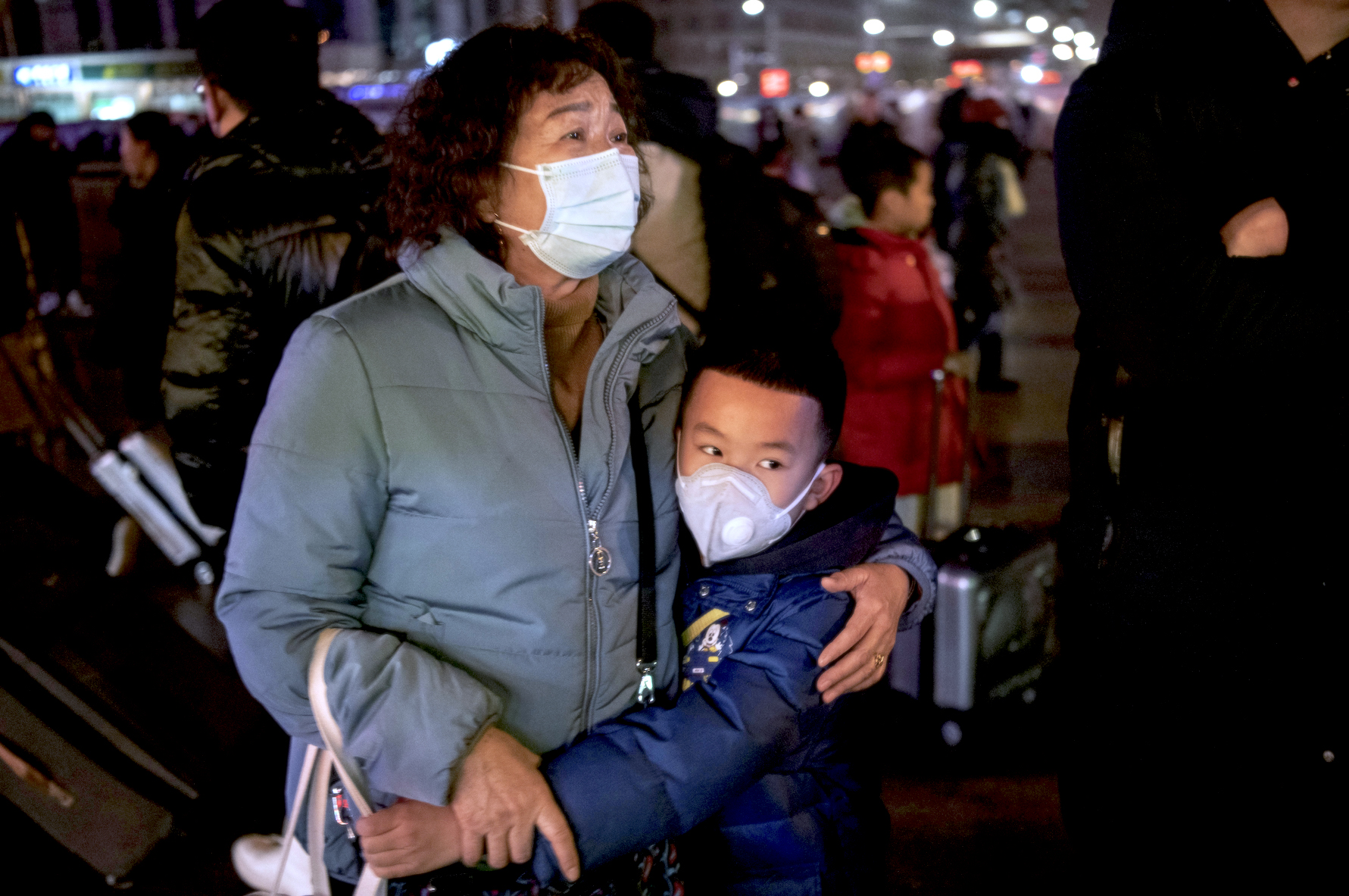 Trump Administration
US Formally Ending Relationship With WHO, Trump Announces