A criminal alien accused of stabbing multiple people at a California church over the weekend is a repeat felon who should have been deported after being detained three times on multiple offenses, authorities said.

According to a release from the U.S. Immigration and Customs Enforcement (ICE), the Santa Clara County Jail, a city near San Jose, ignored a detainer lodged against the suspect and released Lopez-Garcia back into the community.

The suspect has “a significant criminal history” that is spanning back nearly 15 years, officials said. His prior convictions include the battery of a spouse, assault with a deadly weapon, inflicting corporal injury on a spouse, the battery of an officer, and vandalism.

San Francisco ICE Enforcement Removal Operations Field Office Director David Jennings said that the loss of two lives should have been prevented, He blamed sanctuary laws and local policies of California for creating the circumstances leading to the stabbing and deaths.

“Here, we have catastrophic proof of the abject failure of California’s sanctuary policies,” Jennings said, adding that the only person that enjoyed this policy protection was the suspect himself, allowing him to “reoffend over and over again.”

“Regrettably, politics continues to prevail over public safety, the detainers were ignored, and De Jesus Lopez-Garcia was released to the street,” the director continued. “These are deaths that likely could have been prevented had local law enforcement cooperated with ICE, as we have so effectively done in years past, toward the common goal of public safety.”

Lopez-Garcia was arrested on Monday and has been charged with two murder counts, three counts of attempted murder, battery on a spouse or cohabitant, and violating a protective order.

At the time of the stabbing, no service was taking place at the church. One man died at the scene and a woman later died at a hospital. Three other men who were wounded were hospitalized on Monday and are in serious but stable condition.

Four of the stabbing victims were homeless people looking for shelter at the church, who through its nonprofit Grace Solutions, offers an overnight winter shelter to up to 50 men and women during cold, rainy weather.

The fifth victim was a city employee and volunteer working at the church, San Jose Police Chief Edgardo Garcia said on Wednesday during a news conference. The names of the victims will not be released.

Lopez-Garcia’s prior convictions go back to July 2019 when he was arrested for inflicting corporal injury on a spouse or cohabitant, kidnapping, and threatening crime with intent to terrorize, according to the release.

He was released on an unknown date after the San Jose County Jailed (SJCJ) failed to honor an immigration detainer order lodged by ICE’s Pacific Enforcement Response Center (PERC) on July 18, 2019, according to the ICE statement. ICE wasn’t notified upon his release.

The next month on Aug. 26, 2019, Lopez-Garcia was arrested again by the San Joaquin Sheriff’s Office on local charges. He was again released on an unknown date after the SJCJ failed to honor a detainer. ICE was again not notified after his release.

On June 9, the Superior Court of San Joaquin sentenced him to 327 days in jail and five years of probation for inflicting corporal injury on a spouse.

The PERC again lodged an immigration detainer with the SJCJ on June 26 that was again failed to honor and the suspect was once again released into the community without notification to ICE.

“Had those immigration detainers been honored, or had ICE been notified on any of the other multiple occasions he was arrested and released from local jails, we would have taken him into custody,” Jennings said

The city of 1 million, like the rest of the San Francisco Bay Area, has experienced a recent rise in homeless people. In San Jose’s latest homeless census conducted in 2019, officials counted 6,097 homeless people—up from 4,350 in 2017.

The motive of the attack is still unclear at the moment, police said.

“Our hearts are torn for the victims and their loved ones in last night’s horrific stabbing at Grace Baptist Church in Downtown—we have lost two community members,” San Jose Mayor Sam Liccardo said on social media. “We pray for the recovery of others seriously injured in that attack.” 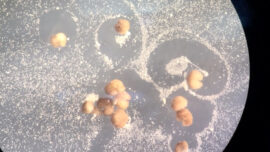