Actor and comedian Bob Saget died suddenly at the age of 65, his family and officials confirmed on Sunday.

Saget was found unresponsive in a room at the Ritz-Carlton Orlando, Grande Lakes, the Orange County Sheriff’s Office said on Twitter. Officials said they found no signs of foul play or drug use. The exact details surrounding his death remain unclear.

The actors’ family confirmed his death in a statement to CNN.

“We are devastated to confirm that our beloved Bob passed away today,” the Saget family said in their statement. “He was everything to us and we want you to know how much he loved his fans, performing live and bringing people from all walks of life together with laughter. Though we ask for privacy at this time, we invite you to join us in remembering the love and laughter that Bob brought to the world.”

Saget had begun a six-month-long tour just days before his death which would see him perform a string of comedy shows in Florida, New York, Massachusetts, and Texas among others. On Saturday night, he tweeted his appreciation for the audience at a show that he performed at in Florida.

“Loved tonight’s show … I had no idea I did a 2 hr set,” he wrote on Twitter while urging fans to watch for upcoming tour dates this year.

Saget is perhaps best known for his role as the widower and father of three, Danny Tanner, on the heartwarming television sitcom “Full House.”

The ABC series ran from the fall of 1987 through May 1995 and quickly became an instant hit with viewers. As fans will no doubt remember, Saget’s character Danny moved in with his late wife’s brother Jesse, played by John Stamos, and his childhood friend Joey (Dave Coulier) who helped him raise his three daughters, played by Candace Cameron, Jodie Sweetin, and real-life twins Mary-Kate and Ashley Olsen, who split the role of Michelle Tanner.

He also played the same popular character on a Netflix sequel series called “Fuller House” from 2016 to 2020. He also hosted “America’s Funniest Home Videos” from 1989 to 1997.

Saget’s Full House costar John Stamos took to Twitter on Sunday where he said he was “heartbroken” after hearing the news of his passing.

“I am broken. I am gutted,” Stamos wrote on Twitter. “I am in complete and utter shock. I will never ever have another friend like him. I love you so much Bobby.”

Actor and comedian Gilbert Gottfried said, “Still in shock. I just spoke with Bob a few days ago. We stayed on the phone as usual making each other laugh. RIP to friend, comedian & fellow Aristocrat Bob Saget.”

“Beautiful Bob Saget passed away today at 65,” Carrey wrote on Twitter. “He had a big, big heart and a wonderfully warped comic mind. He gave the world a lot of joy and lived his life for goodness’ sake.”

Among younger generations, Saget is best known as the narrator and the voice of future Ted Mosby in the hit CBS comedy series, How I Met Your Mother which ran from 2005 until 2014.

Outside of TV, Saget was known for his profane comedy sets as a stand-up comedian.

He told CNN’s Jake Tapper in July 2021 that he never expected to be a part of “cleaner” or more family-friendly shows like Full House.

“Full House was an accident,” he said. “I got fired on CBS and was asked to be in Full House.”

Saget is survived by his wife Kelly Rizzo and his three daughters, Aubrey, Lara, and Jennifer, whom he shared with ex-wife Sherri Kramer. Saget and Kramer were married ​from 1982 until they divorced in 1997. 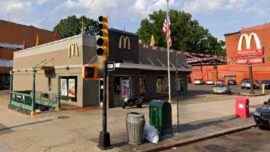