NEW YORK—New York Governor Andrew Cuomo has issued a state of emergency for parts of the state, imploring those in New York to take warnings seriously ahead of Hurricane Henri.

He told people to stock up and move to higher ground today, despite the lack of buildup because of the storm’s shifting track.

Service on some branches of the Long Island Rail Road, a major commuter rail system, will be suspended at midnight in eastern Long Island.

Cuomo also warned that heavy rains were expected to create problems far up into the Hudson River Valley.

The governor, who will leave office in two days following a sexual harassment scandal, urged people not to make bad choices and put themselves in places where they needed to be rescued.

The newly upgraded Hurricane Henri closed in on the Northeast.

The storm’s latest track put it on course to collide Sunday with a long stretch of coastline, with hurricane warnings extending from near the old whaling port of New Bedford, Massachusetts, across the luxurious oceanfront estates of New York’s Hamptons, to the summer getaway of Fire Island.

Intense winds and potentially dangerous tidal surges were expected as far east as Cape Cod and as far west as the New Jersey shore, and utilities warned ensuing power outages could last a week or even more.

Henri was veering a bit further west than originally expected, and if that track holds, it would have eastern Long Island in its bull’s-eye rather than New England, which hasn’t taken a direct hit from a hurricane since the deadly Hurricane Bob in 1991.

New York hasn’t had a direct hit from a powerful cyclone since Superstorm Sandy wreaked havoc in 2012. Some of the most important repairs from that storm have been completed, but many projects designed to protect against future storms remain unfinished.

Indiana Man Gets 4 Life Sentences in Killing of Girlfriend, 3 Children 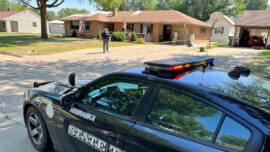 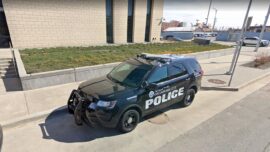