Drugmakers including Bristol-Myers Squibb, Gilead Sciences, and Biogen have increased their drug prices this month for the New Year on more than a thousand medications.

The drug with the biggest price increase so far this year is Marplan from Validus Pharmaceuticals. Marplan, a drug to treat depression, went up 14.9 percent.

While drug prices usually increase in January, many Pharmaceutical companies are delaying their price increase this year until later in January perhaps to avoid scrutiny, given the intensifying political debate around prescription drug prices. In comparison, 98 percent of price increases occurred in the first 5 days of January 2018, while price hikes lasted until Jan. 19 in 2019, according to GoodRx.

The United States, which leaves drug pricing to market competition, has higher drug prices than other countries where governments typically negotiate with manufacturers to control costs. According to a study by the Johns Hopkins Bloomberg School of Public Health, prices for brand-name prescription drugs averaged 3.2 to 4.1 times higher in the United States compared with other countries.

The high cost of lifesaving drugs is forcing families to buy drugs in Canada. CBS reports that some American families with type 1 diabetes are crossing the border into Canada in order to get life-saving insulin. From 2012 to 2016, the price of insulin nearly doubled in the United States.

Soaring prescription drug prices are expected to be a central issue in the 2020 presidential election again. President Trump, who made bringing drug prices down a core pledge of his 2016 campaign, is running for reelection this year.

The Trump Administration announced a plan last July to import prescription drugs from Canada in an effort to reduce costs for consumers. President Trump is also supporting a senate bill to cap medication costs for Medicare recipients and require drug manufacturers to pay rebates to the program if price hikes exceed inflation.

Some experts have been skeptical of this importation plan from Canada, partly from concerns about whether Canadian suppliers have the capacity to meet the demands of the much larger U.S. market. But U.S. consumer groups have strongly backed the idea, arguing that it will pressure U.S. drugmakers to reduce their prices. 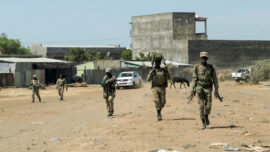