Annazette Riley-Cromartie thought her family would be OK because they lived in a brick house.

She was at her home in eastern North Carolina with her husband, three children, and dog as Hurricane Florence churned in the Atlantic. She watched the massive storm seemingly lose strength in the past few days as it dropped through the categories of hurricane power.

Both factors in mind, the family decided not to evacuate. Then, around midnight Thursday, she said water started coming into the house.

“It came in slowly, but then it steady kept rising,” Riley-Cromartie told CNN.

Her husband pushed a mattress upstairs into the attic and the family waited there before deciding to take the children to a room and put them on the top bunk of a bed so they could try to sleep. Riley-Cromartie said she hoped the water wouldn’t rise any further.

“While we were still waiting, my husband kept hearing people yelling for help,” she said on the verge of tears. Her husband, who is 6-foot-2, tried to go outside to help, but the water level was above his chest.

“You just keep hearing people yelling, and you can’t do anything,” Riley-Cromartie said. “It’s the worst feeling in the world.”

Fortunately for Riley-Cromartie, a volunteer rescue team from Indiana had arrived in North Carolina to help families like hers, and to help over-taxed local first-responders.

Amber Hersel, a member of the Civilian Crisis Response Team, said as she and her team waited to go into action, they received a call around 4 a.m. Friday from the local fire department about families who needed rescuing in James City, about 100 miles northeast of Wilmington.

She said Riley-Cromartie’s family was waiting for rescue when they arrived.

“Everyone was fine, a little shaken up of course, and ready to get out of the water,” Hersel told CNN.

A picture of Hersel carrying Riley-Cromartie’s daughter went viral after the rescue mission. Hersel said she had dealt with floods before, but this was her first hurricane.

“It’s a little intimidating. I’ve really enjoyed getting to help where I can,” she said. “At first, when you see the weather you’re just like ‘What in the world did I get myself into?’ But then as you see the families that you’re helping, you know it’s all worth it.”

Riley-Cromartie was beyond thankful for being rescued.

“It takes a special person to leave their own home and their own family to come all this way to help us,” she said. 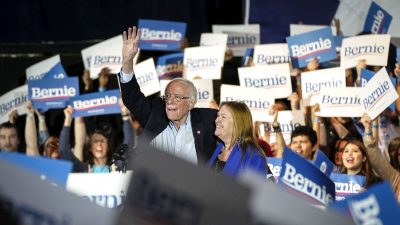