Trump Attorney Lin Wood is urging Georgia residents to make requests for surveillance footage of ballot drop boxes after it was revealed Monday that all ballot drop boxes are monitored by video cameras, and that the footage is stored for 30 days and available to the public upon request.

Wood wrote in a tweet to “overwhelm them” with requests “so that they CANNOT destroy the evidence.”

In the tweet, he asked if Raffensperger has seen an alleged tape of election fraud at State Farm Arena in Fulton County Georgia.

The subpoena commands Raffensperger to produce surveillance tapes, documents, information or objects, and permission to inspect the premises of a suite in the State Farm Arena. The subpoena also asks for any work orders or permits related to a water break in the Hawks arena.

The subpoena was filed by Wood to the U.S. District Court of the Northern region of Georgia.

In a following Tweet, Wood wrote: “In time, people are going to prison in Georgia,” adding, “Every lie will be revealed, Fight Back for TRUTH.”

Attorney Sidney Powell is expected to file a lawsuit in Georgia on Wednesday. 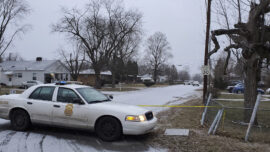 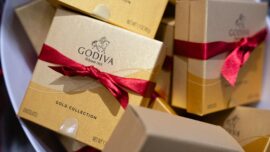