By AAP June 23, 2019
Australia's full-back Israel Folau leaves after a code of conduct hearing in Sydney on May 7, 2019.(SAEED KHAN/AFP/Getty Images)
share

GoFundMe Australia has closed Israel Folau’s campaign to raise money for his legal fight against Rugby Australia because it violates its terms of service.

Israel Folau’s online campaign to raise money for his legal fight against Rugby Australia has been shut down.

GoFundMe Australia has taken down Folau’s page—which had raised more than $750,000 of a $3 million target—and will issue refunds to all of the more than 7,000 donors.

“After a routine period of evaluation, we have concluded that this campaign violates our terms of service,” the company’s regional manager in Australia Nicola Britton said in a statement on Monday.

Britton said GoFundMe was committed to the “fight for equality” for LGBTIQ+ people and fostering an environment of inclusivity.

“While we welcome GoFundMes engaging in diverse civil debate, we do not tolerate the promotion of discrimination or exclusion,” she said.

“In the days since Mr Folau’s campaign launched, more than one million dollars have been donated to hundreds of other campaigns, large and small, across Australia. Those acts of kindness are the heart of GoFundMe.

“Our platform exists to help people help others. We look forward to helping more Australians fundraise for causes they care about in the coming months and years.”

Folau launched the campaign on Friday. 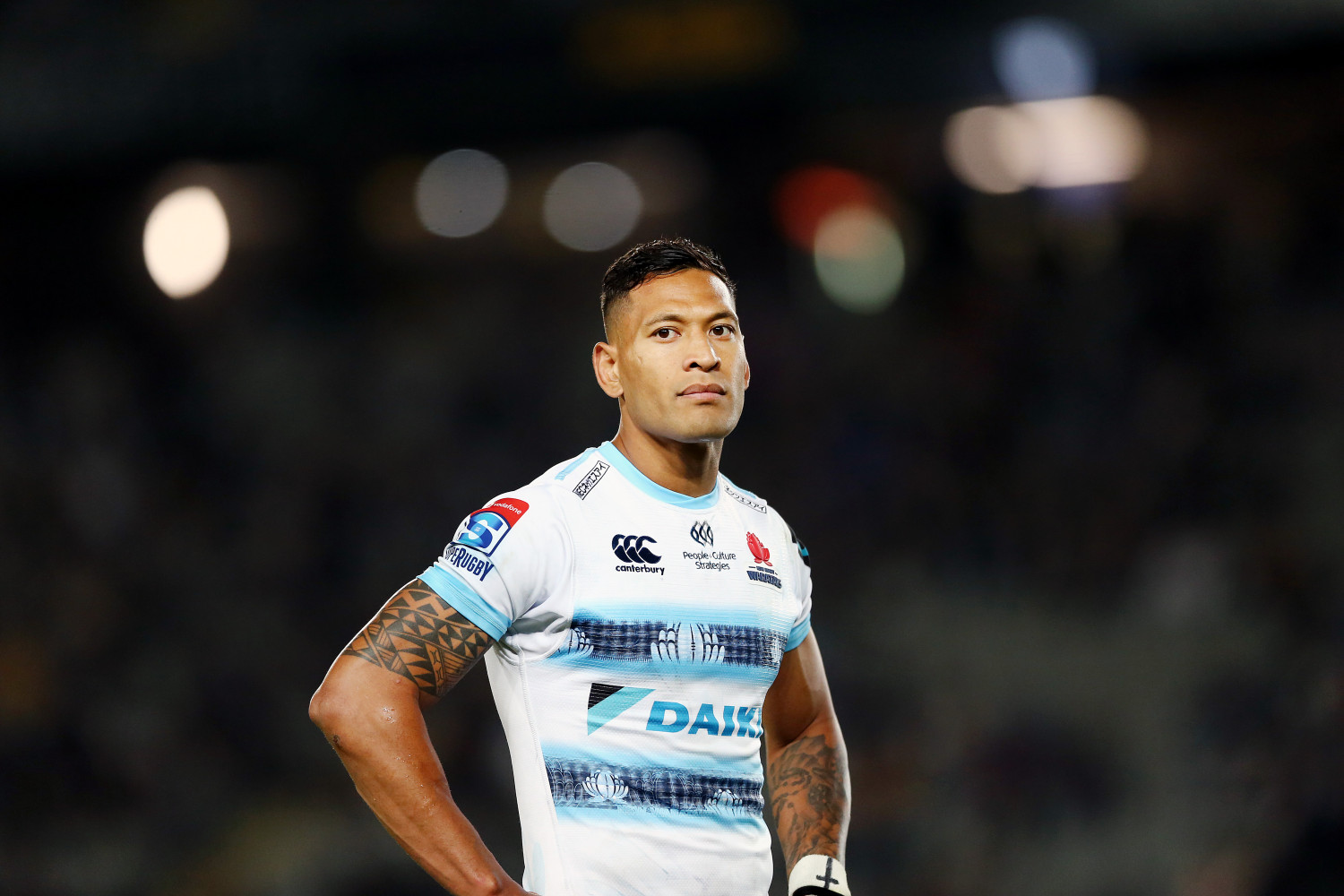 He asked for support to fund his legal battle against Rugby Australia, which terminated his $4 million contract in May after a post he made on social media was deemed homophobic. It followed a similar incident last year.

Those that are living in Sin will end up in Hell unless you repent. Jesus Christ loves you and is giving you time to turn away from your sin and come to him. _______________ Now the works of the flesh are manifest, which are these , adultery, fornication, uncleanness, lasciviousness, idolatry, witchcraft, hatred, variance, emulations, wrath, strife, seditions, heresies, envyings, murders, drunkenness, revelings, and such like: of the which I tell you before, as I have also told you in time past, that they which do such things shall not inherit the kingdom of God. Galatians 5:19‭-‬21 KJV _______________ Then Peter said unto them, Repent, and be baptized every one of you in the name of Jesus Christ for the remission of sins, and ye shall receive the gift of the Holy Ghost. Acts 2:38 KJV _______________ And the times of this ignorance God winked at; but now commandeth all men every where to repent: Acts 17:30 KJV _______________

Folau has launched legal proceedings with the Fair Work Commission against Rugby Australia (RA) under Section 772 of the New South Wales Fair Work Act, claiming that his dismissal was unlawful because it was based on the grounds of ­religion. He is seeking up to $10 million in damages.

He told 2GB radio’s conservative commentator Alan Jones on June 21 that his termination was “inconsistent,” as there had been no clause in his contract to state that he couldn’t express his religious beliefs outside the workplace.

“I’m always about sharing that from a place of love and believing in the Bible that people … have the opportunity to hear that, so they do repent if they choose to and turn away from [sin] and have an opportunity to be in heaven one day,” he said.

Folau said in a message on the fundraising platform, “My faith is the most important thing in my life. I try to live my life according to the Bible and I believe it is my duty to share the word of the Bible.

Folau revealed that he and his wife, Maria, have spent A$100,000 ($69,000) of their own money covering legal costs so far, and that he is preparing for higher legal fees in the future.

“That was just to try and deal with Rugby Australia’s internal tribunal processes,” he said. “The money I am asking for is solely to fund the rest of my action in court,’ he wrote on his GoFundMe page.

The termination of the former rugby star’s contract has sparked controversy over religious freedom, with several government MPs arguing that more needs to ensure that the freedom to freely express one’s religious beliefs and opinions remains protected under evolving laws.

“It’s important that when you’re in public life, you’re just very mindful of being sensitive to other Australians and that you speak with that empathy,” Morrison told a press conference.