Greenland’s foreign ministry said on Aug. 16 that the Arctic island was “not for sale” after reports surfaced that President Donald Trump had privately discussed buying it with his aides.

“We’re open for business, not for sale,” the Greenland Ministry of Foreign Affairs wrote on their Twitter.

#Greenland is rich in valuable resources such as minerals, the purest water and ice, fish stocks, seafood, renewable energy and is a new frontier for adventure tourism. We’re open for business, not for sale❄???????????????????? learn more about Greenland on: https://t.co/WulOi3beIC

The news was first reported by on late Aug 15 by the Wall Street Journal, citing two unnamed advisers. It said Trump has, “with varying degrees of seriousness, repeatedly expressed interest” in buying the island in the North Atlantic. 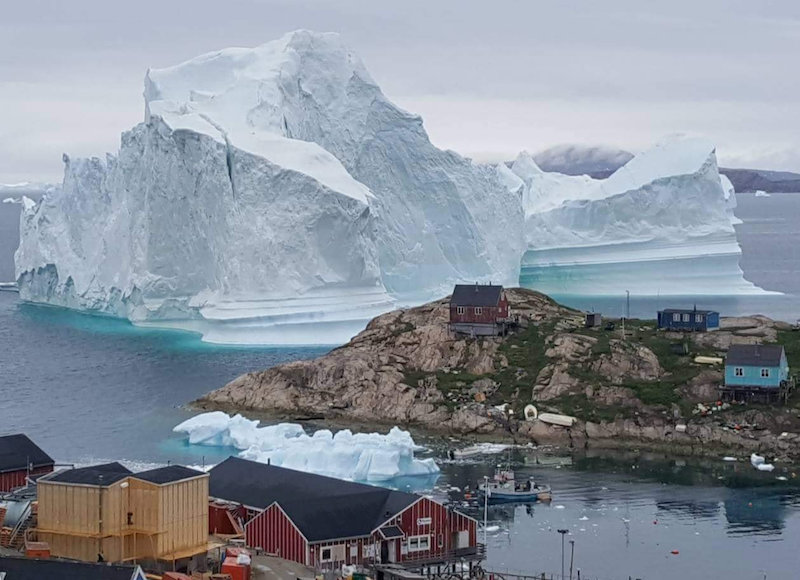 According to the article, the idea first came to Trump last spring when an associate suggested during a dinner that he should consider buying Greenland given that Denmark was having financial trouble over the island.

Trump has since been asking his White House counsel to look into the idea, the report said.

Greenland is the world’s largest island but has a population of only about 56,000. It enjoys self-governance in some areas, including judicial affairs, utilization of natural resources, and policing, as an autonomous constituent country within the Kingdom of Denmark. But its foreign and security interests remain in the hands of the Danish government—as stipulated by the Danish Constitution.

Several Danish politicians expressed disbelief over the idea of the United States buying the island.

“It must be an April Fool’s Day joke … but totally out of sesson!” former prime minister Lars Lokke Rasmussen said on Twitter.

It must be an April Fool’s Day joke … but totally out of sesson! https://t.co/ev5DDVZc5f

Greenland is gaining attention from global superpowers including China, Russia, and the United States because of its abundant resources and geopolitical importance.

The Arctic island is strategically important for the U.S. military, as the shortest route from North America to Europe goes through the Arctic island.

The U.S. military currently has an airbase, Thule Air Base, located in the northwestern part of Greenland, which has been in operation since World War II. It is home to the 821st Air Base Group, a unit of the 21st Space Wing. That unit, which is part of the U.S. Air Force, is tasked with giving early missile warnings and detecting any objects orbiting the earth to prevent them from colliding with satellites.

The military base is also being used by the U.S. Air Force Space Command and the North American Aerospace Defense Command.

This isn’t the first time that the United States has expressed interest in purchasing the large, strategically positioned island. The U.S. State Department made an offer to Denmark to buy Greenland and Iceland in 1867, followed by President Harry Truman in 1946. Both times, Denmark turned the offers down.

Meanwhile, the Chinese Communist regime has also demonstrated its interest in the island-country.

Earlier this year, a panel of experts came together at the Danish Parliament to discuss the growing relationship between Denmark and China and the threat such a relationship with the world’s largest communist regime could pose to the small European nation.

During the seminar, experts warned about China’s strategic move to create a presence in Greenland. In 2017, Denmark turned down an offer by a Chinese company to acquire an abandoned naval base on Greenland over security concerns. Similarly last year, the Chinese’s attempt to finance three major airports in Greenland was also thwarted after the Danish government stepped in, upon the urging of the United States, reported the Wall Street Journal.

According to a January 2018 editorial by Chinese state-run media Xinhua, the regime currently considers Greenland a strategic part of its Arctic ambition and its “Polar Silk Road”—an extension of its One Belt, One Road initiative.

Along with the prospect of obtaining rich mineral resources, the Chinese regime is particularly interested in the region due to its proximity to the Arctic shipping lanes.

As the Arctic ice sheet continues to melt, the possibility of shipping through the Arctic has become a reality. This is especially appealing for Chinese shipping companies since it would reduce the time and cost to ship goods from Chinese ports to Europe, compared to traditional routes through the Suez Canal in Egypt.

For example, shipping to Hamburg, Germany, from Shanghai could take about 14 fewer days if cargo ships travel the Northern Sea Route, one of the three main Arctic shipping routes, compared to the route that goes through the waters of Southeast Asia and the Suez Canal, according to Forbes.