HONG KONG—A number of citizens celebrated their Mid-Autumn Festival climbing a mountain on Sept. 13, in a symbolic journey meant to raise the spirits of those engaged in the last three months of protests.

People of all ages gathered at Lion Rock, Hong Kong’s iconic mountain, to spend their moon festival with others willing to make the climb, getting a much closer view of the moon after around six and a half miles of hiking.

The hike was grueling, just like the last few months of protests.  But that did not diminish the Hong Kongers support for one another as they patiently waited to make their way to the peak amid the narrow trail full of people.

A young man who gave only his first name Alex, said although Mid-Autumn Festival is traditionally spent with your family, he feels Hong Kong people are like one family.

“It is very hard, just like the way going up here,” he said. “But I think it was worth it and I saw hope. So I hope that we can eventually have all the five demands fulfilled.”

Protests started in opposition to a controversial bill that proposed extraditions to China.  The protest has grown into five demands: for the extradition bill to be completely withdrawn, an independent inquiry into police actions, for authorities to stop calling protesters “rioters,” amnesty for arrested demonstrators, and free elections.

Some hikers brought American and British flags with them to the top.

“The reason why we wish to bring the American flag here is it stands for freedom and liberty and democracy,” said a Hong Kong Citizen who gave only his first name of Jay. “We wish Hong Kong has these kinds of universal principles.”

Jay said since the Hong Kong government has not met all the demands, the protests will continue.

“The communist regime is the biggest enemy of the human race, and we wish for them to fall down anyway.” he said. “We will stand and fight until we win.”

Spirit of a Lion

Lion Rock has a TV show and theme song named after it and it symbolizes perseverance for many. Most hikers commit to making their way to the very top to see the view of the moon and the city.

“When people talk about the Lion Rock spirit, I think they’re talking about the spirit to not give up,” said one citizen going only by the name of Bill. “I think that’s exactly what a lot of us here around me are showing by not giving up.”

Many have become frustrated with the growing influence of the Chinese communist regime and the erosion of the policy “One country two systems.”

“What sort of government has to rely on brainwashing and censorship to continue to stay in power,” said Bill.

“It’s never about independence, we just want our freedom,” said a young woman going by only her first name Camellia. “Just stay the same, we want China to maintain the one country two systems to keep their promises.” 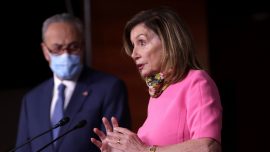 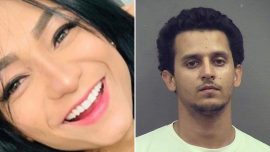