A collection of confidential documents related to the Biden family mysteriously vanished from an envelope sent to Fox News host Tucker Carlson, the host said on Wednesday night.

According to Carlson, the producer shipped the documents overnight to California using a large national package carrier. He didn’t name the company, saying only that it’s a “brand name company.”

“The Biden documents never arrived in Los Angeles. Tuesday morning we received word from our shipping company that our package had been opened and the contents were missing,” Carlson said. “The documents had disappeared.”

The company took the incident seriously and immediately began a search, Carlson said. The company traced the package from when it was dropped off in New York to the moment when an employee at a sorting facility reported that the package was opened and empty.

“The company’s security team interviewed every employee who touched the envelope we sent. They searched the plane and the trucks that carried it. They went through the office in New York where our producers dropped the package off. They combed the entire cavernous sorting facility. They used pictures of what we had sent so that searchers would know what to look for,” Carlson said. “They went far and beyond, but they found nothing.”

“Those documents have vanished,” he added. “As of tonight, the company has no idea and no working theory even about what happened to this trove of materials, documents that are directly relevant to the presidential campaign just six days from now.”

Executives at the shipping company were “baffled” and “deeply bothered” by the incident, Carlson said.

Carlson’s interview with Bobulinski aired on Tuesday night. In the interview, Bobulinski opined that Democratic presidential nominee Joe Biden and the Biden family are compromised by China due to the business dealings of Hunter Biden and James Biden. Joe Biden has not publicly responded to Bobulinski’s allegations, but during a presidential debate on Oct. 22 said he had “not taken a penny from any foreign source ever in my life.”

Bobulinski provided more than 1,700 pages of emails and more than 600 screenshots of text messages to Senate investigators and handed over to the FBI the smartphones he used during his business dealings with the Bidens. The documents detailed a failed joint venture between a billionaire tied to the Chinese Communist Party (CCP) and a company owned by Hunter Biden, James Biden, Bobulinski, and two other partners.

While the corporate documents don’t mention Biden by name, emails sent between the partners suggest that either James Biden or Hunter Biden held a 10 percent stake for the former vice president. In the email, the stake is assigned to “the big guy,” who Bobulinski says is Joe Biden. 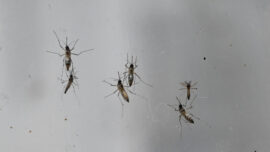 Three People, Including a 4-Year-Old Girl, Shot in Times Square

Bomb Kills at Least 30 Near Girls’ School in Afghan Capital
Sign Up for Our
Newsletter
Success!
You are now subscribed.
TOP NEWS MORE +