Jericho March Co-founder: ‘All of This Is Gonna Be Turned Around by God’s Power’
What Voters SayNTD Newsroom Dec 13, 2020 ShareFacebookTwitterCopy Link

“I’m here today because I had a vision of this happening right here behind us. I had a vision of people coming out to pray all around their state capitals and the streets because they want election truth. And they want to fight election fraud and corruption, and that they want justice to come out. And so Jericho March is about people coming and praying in their own way, in diverse ways. Judeo-Christians coming together and expressing their plea to God for truth to come out, because we know this is a battle not just on a temporal level. But this is a spiritual battle, because we’re not just battling with flesh and blood, but spiritual forces too. And I think that, that the American people, we the people actually voted for President Donald Trump. And in this election, it was stolen from him. And we know the truth. So we’re on the streets praying and asking and begging God to reveal all the corruption, all the fraud, because we want the truth and we the people do not want socialism, do not want globalism. We want freedom and people died, our people died to preserve freedom, and our republic. And so we’re fighting for our republic right now.”

“My family was from Romania, which was a communist country. So we know all about the media covering up the truth and censoring people. And we came here for freedom. We came here because we love what America stands for. And we want to make sure that America doesn’t go into that way, because it’ll ruin it, just like it’s ruined every other country. And so when the big tech and big media get together and are silencing our voices, we have to go to the streets. And we have to create new platforms like Parler, and Newsmax, and other platforms to allow people to express their true beliefs and not be scared into submission, because they tell us what they want us to believe. And because that is not true democracy, that is not a true republic, and we are a republic.”

“In terms of the corruption and the censorship, that is very true and real. And we don’t want to bring that here. But the way that this election has happened, and the way that they turned off the ballot, the counting machines, and all the irregularities that happened, there’s something going on. That is not what the true will of the American people, and it’s forcing a coup, it’s trying to force a coup on our president who rightfully won, this time around too, in a landslide. Just like Sidney Powell said. He has at least 80 million votes. And we know that to be true. And we know that God can reveal all the election fraud and corruption, that stole the election from him. And we know that it can be given to him, rightfully so, and that God can make that happen. I think everyone should be concerned about what’s happening right now. Because it doesn’t matter if you’re a Republican or Democrat. If you want your voice and vote to be counted. You want to ensure the integrity of the election process. And if you don’t stand up for that, then no one’s voice will be heard. And we’re not going to have a system that is free. And so this is everyone’s concern, for this and for future elections. We know President Trump won, and we believe that all of this is gonna be turned around by God’s power.”

This video is part of our special series ‘What Voters Say.’  To watch more videos click here. 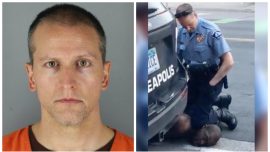