Jussie Smollett was involved in creating a letter that was sent to the actor on the set of “Empire,” two Nigerian-American brothers told police on Feb. 19, according to new reports.

Abel and Ola Osundairo previously were reported to have told the police Smollett paid them to stage an attack against the actor on Jan. 29, which he blamed on supporters of President Donald Trump. The brothers were arrested in mid-February but were released after giving detectives information that “changed the trajectory of the investigation,” according to the Chicago Police Department.

Sources with firsthand knowledge of the investigation told CBS Chicago that the brothers told police in a follow-up interview on Tuesday that Smollett was behind creating the letter, which featured letters that appeared to be cut out from magazines to form threats against the actor in addition to a crude drawing of a stick figure hanging from a tree.

One of the pieces of evidence taken from the brothers’ house last week was a magazine. Investigators also took a book of stamps from the house.

The letter also contained a white powder and prompted a police response on Jan. 22, the day it was received on the set. The white substance was later determined to be aspirin.

The brothers reportedly told police that Smollett was upset that the letter didn’t get a “bigger reaction,” prompting him to orchestrate the fake hate crime attack in Chicago, which has steadily turned into an investigation of Smollett as evidence mounts of a hoax being perpetrated.

“When the letter didn’t get enough attention, he concocted the staged attack,” a source told CBS. Other sources corroborated the information.

The FBI and U.S. Postal Inspection Service are investigating whether Smollett played a role in sending the letter, two federal officials told ABC News. The letter is currently being analyzed in an FBI crime lab.

Under Illinois state law, filing a false police report or complaint can lead to an arrest and possible jail time.

THE LETTER: “When the letter didn’t get enough attention, he concocted the staged attack” – CPD sources.

Jussie Smollett received a hate letter Jan. 22. It’s that letter, the mail angle, that brought in the FBI. “That makes any potential case a Federal one, if they want it.” pic.twitter.com/dTk2ECBvhU

Smollett has maintained his innocence, denying reports that he was involved in planning the attack.

Over the weekend, Smollett’s lawyers said the actor was angry by the reports.

“Nothing is further from the truth and anyone claiming otherwise is lying,” attorneys Todd Pugh and Victor Henderson said in a statement late Saturday.

On Monday, after Chicago police said they wanted to interview Smollett again in light of the investigation-shifting information that they’d received from the brothers, Smollett’s legal team said in a statement sent to Fox, “There are no plans for Jussie Smollett to meet with Chicago police today.”

“Smollett’s attorneys will keep an active dialogue going with Chicago police on his behalf,” the team added. It appears that the team has not issued any further statements, including no response to the reports about the actor being involved in creating and sending the letter.

Statement from #Smollett crisis team: “There are no plans for #JussieSmollett to meet w/ Chicago police 2day. Any news reports suggesting otherwise are inaccurate. Smollett’s attorneys will keep an active dialogue going w/ Chicago police on his behalf. We have no further comment”

Smollett was sentenced to two years probation and a choice of a fine or jail time, a spokesman for the Los Angeles City Attorney’s Office told NBC LA. According to the complaint, Smollett gave the name of his brother, Jake Smollett, when he was asked by an officer.

He also signed a name that was not his own on the promise to appear in court.

According to court records obtained by The Associated Press (AP), Smollett pleaded no contest to giving false information, which was reduced from false impersonation, along with the other two charges.

Records show he completed an alcohol education and treatment program and finished the other terms of the sentence in May 2008. 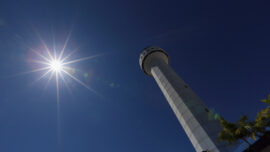 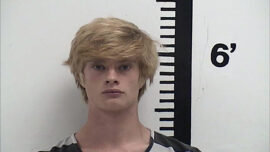 Iowa Teen Charged With Killing Teacher to Be Tried as Adult 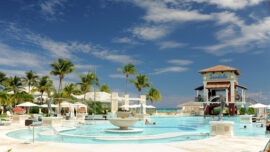 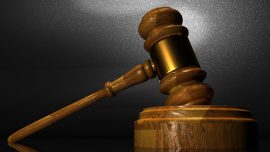 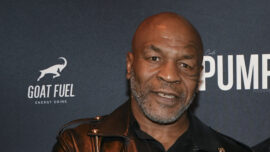