Many westerners probably learned about kung fu from the movies and TV, and who hasn’t dreamed about beating down a bad gunman with quick kicks and bare hands?

But to reach the higher realm of traditional Chinese martial arts, it will be hard to succeed if one puts his effort simply on physical strength, fancy techniques, and a mindset of beating people down. kung fu master Youfu Li said one must instead cultivate his martial virtue.

As abstract and mysterious as it may sound, martial virtue involves simple principles. In Li’s words, “Martial virtue (“Wu-De”) is to stop the evil and promote the kind. It is actually to be a good person.” Traditional Chinese martial arts is never about aggression, but to defend the vulnerable and the kind.

Li is the chairman jurist of the 2019 NTD International Chinese Martial Arts Competition, a platform aimed at preserving and presenting traditional kung fu since 2008.

During the competition’s recent European Regional Preliminary in Dresden, Germany, Li talked with NTD Television about the martial arts values that the competition is trying to bring back.

The Chinese character for martial arts is “Wu” (武). It is formed by combining the characters for “stop” (止) and “war” (戈). So it was not through competitiveness and pursuit of fighting that the ancient masters were able to perfect the best kung fu or even create new forms of the art.

“If a candidate is able to keep practicing the real traditional martial arts, his martial virtue will be good,” Li said, “Because if you want to master the traditional kung fu, you will need to suffer a lot to achieve the goal.”

“And those technique doesn’t look fancy and therefore are not suitable for showing off or performing,” he said, “Only the real masters are able to tell the difference.”

Li said many kung fu masters were inspired by the cultivation of virtue. “In fact, we say he got enlightenment. And then he was able to invent his form of (martial arts),” he said, “So traditional (martial arts) has its origin and there very profound meanings behind it. Just like traditional Chinese medicine, it is connected with heaven, the earth, and the human body.”

In the European Regional Preliminary, a majority of the 50 candidates were Westerners. Many said that kung fu improved their mental and even spiritual well-being.

“It made me stronger more than I thought, more with mental strength,” said candidate Jarosla Kekrt from the Czech Republic, “It really taught me a lot of patience, and overcome hardness”

Chi Kin Melvyn from Holland likens kung fu practice to Buddhism, in that it helped him find his grounding in life.

“If you got emotion, problems in your daily life, kung fu is always like a rock and you can always go back to your kung fu,” he said.

For Li, it came in no surprise that westerners have so much sincere passion in martial arts, and without any cultural background, can resonate with the values of martial virtue.

“Many western countries all believe in universal values, and in these environments, it is easy to promote martial virtue,” he said. 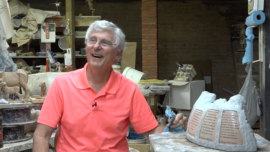 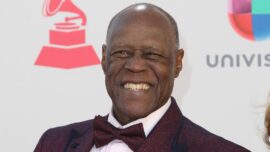