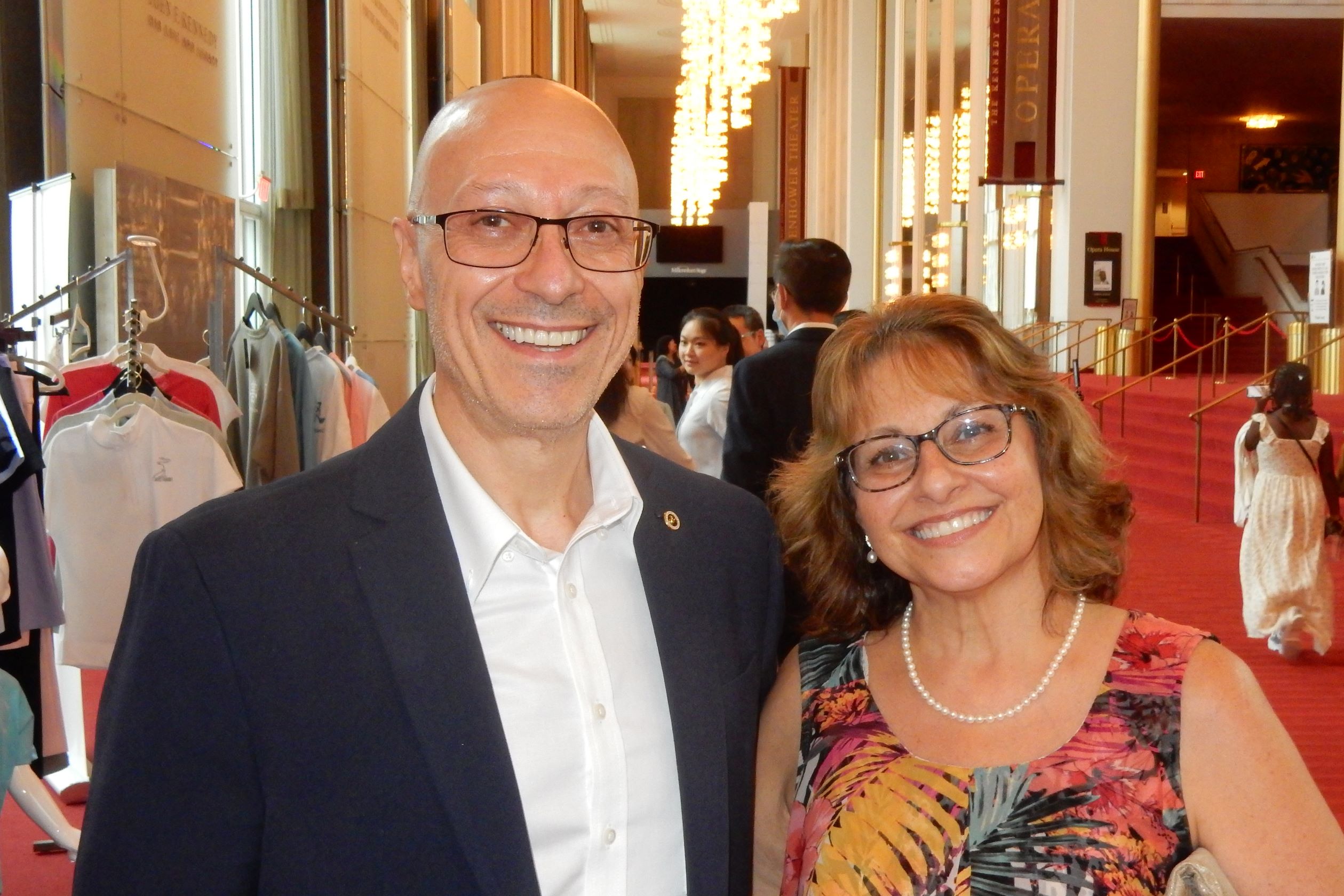 WASHINGTON, D.C.—Domenic Savini, assistant director of the Federal Accounting Standards Advisory Board, said he had waited a long time to see Shen Yun Performing Arts, and was “so happy” to finally get a chance to see the company’s last 2022 performance at the Kennedy Center Opera House on July 17.

Mr. Savini, who is also a certified accountant and college professor, said Shen Yun imparts a message of hope.

We have to really think about humanity the way God wants us to think about it.
— Domenic Savini

“We have to realize that what’s happening today is against all humanity, and we have to help stand against communism and Marxism in the world. We have to really think about humanity the way God wants us to think about it. We’re all his children, and we all have to love one another, and we have to strive to overcome our differences so we can make this a very beautiful world. And Shen Yun showed us that, with not just the dancing and the art, but the color, everything,” Mr. Savini said.

“And even each of the dancers’ faces, you could tell, they wanted to give us that message of hope that we should never stop remembering that God is our creator and that we were destined to be good and we have to fight evil.”

Shen Yun was formed by a group of leading classical Chinese artists in 2006  in New York, where they enjoy artistic freedom to revive China’s divinely inspired culture. The classical Chinese dance and music company says its performances showcase “China Before Communism.”

“Over the past decades, the Chinese Communist Party has treated traditional culture as a threat to its rule. Through campaigns like the Cultural Revolution, it has systematically uprooted traditional beliefs and destroyed ancient treasures, bringing 5,000 years of civilization to the brink of extinction,” says Shen Yun‘s website.

The website adds that “through dance, music, costumes, and legends, Shen Yun has sparked a cultural renaissance.”

Elaborating on the inspiration behind the performance, the company explains that in the past, artists looked to the divine for inspiration. Today, the source of inspiration for Shen Yun’s artists is the spiritual discipline Falun Dafa, also known as Falun Gong, which is being currently persecuted by the communist regime in China, the website says.

Mr. Savini, who is a Christian, said he was very impressed with Falun Dafa adherents “and their inspirational message that brings us back to the creator.”

“It made me feel hopeful that the Falun Gong, who have suffered so much, are strong to now bring this message to the rest of the world,” he said.

“And it is a beautiful message. It is a message that tells us: Yes, even though I have suffered, there is a greater good, and we have to work for that greater good. But how do we work for it? We have to stand up and fight the evil. We cannot sit back and let evil take over.”

Seeing Shen Yun performers onstage, Mr. Savini said he thought, “Thank God for young people who believe in the concepts of love and God and the divine and creation.”

“I said, ‘There’s some young people who really understand, who want to bring this message,’ and it made me feel young again. It made me feel strong to watch them dance and to just see how happy they were. I was excited.”

Frank Gaffney, executive chairman of the Center For Security Policy, said it was hard for him to find a “superlative that is sufficient” to describe Shen Yun.

“It’s impressive,” he said. “They are supremely talented and disciplined and capable.”

“There’s a history, there’s a tradition, there’s a culture, there’s a civilization that preceded it, and I hope will survive it.”

Mr. Gaffney’s wife, Marisol Fernandini-Gaffney, who does design work, said she was greatly impressed by all the different features of Shen Yun.

“I’m overwhelmed by the synchronicity, by what I hear, the beautiful music, the messages conveyed, the performance, and the colors. They are all perfectly arranged, and it overwhelms you,” she said.

“It was excellent,” said Mr. Christensen. “It was so vibrant, dynamic.”

He added that since the company changes its program each year, he and his wife Linda will be back to see it again.