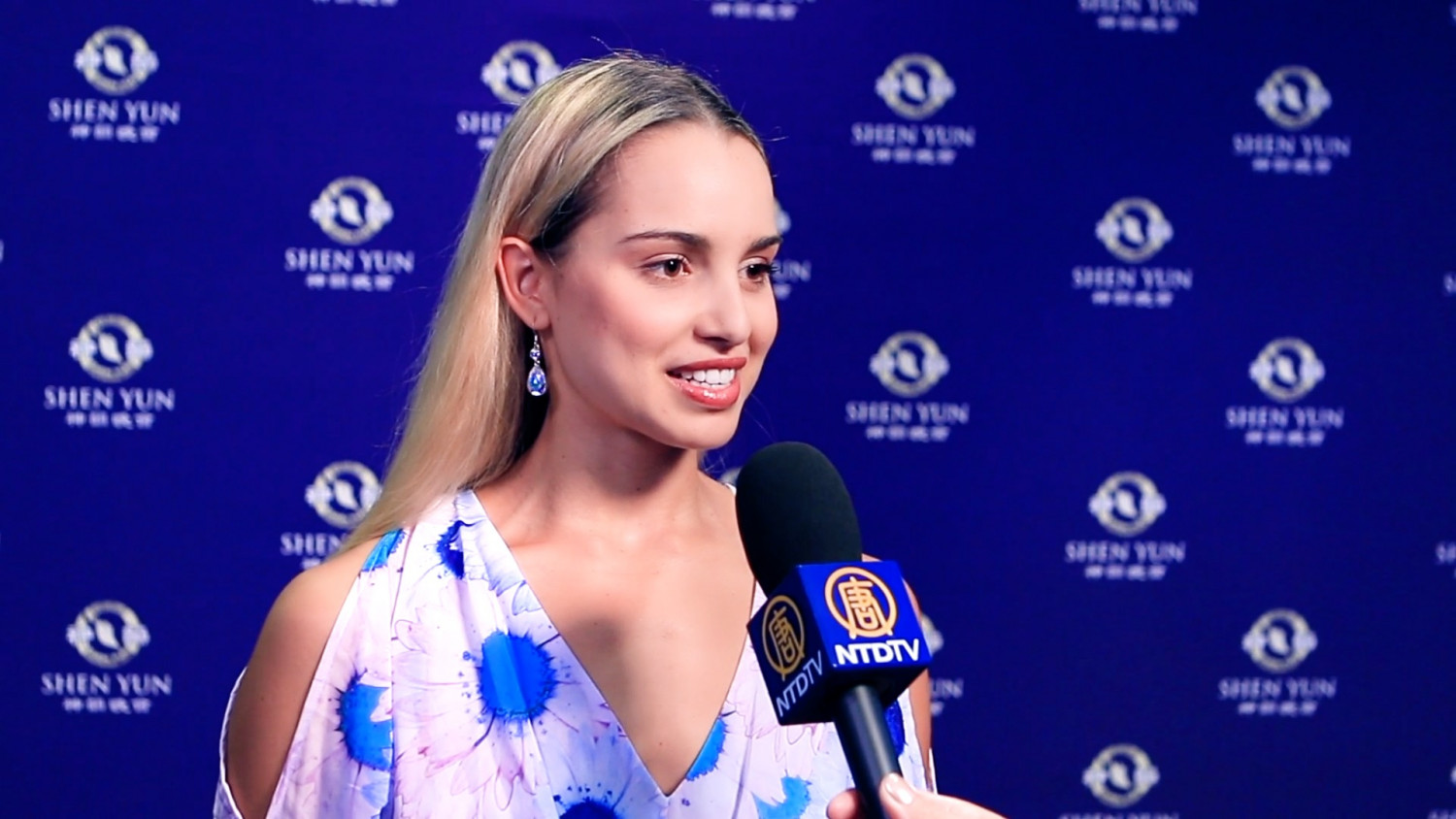 “The performances were incredible, the costumes, the colors, they just blew me away,” she said.

“That’s very, very powerful. Just as there’s the silence behind the sound, which is the more powerful, the sound or the silence?” said Janet Dudley, a music teacher.

“And the spaciousness within me, I would say I leave this performance feeling more spacious, and more, yes just more hopeful—lighter.”

Shen Yun draws inspiration from China’s 5,000 years of civilization and the virtues it has long embraced and passed down through its culture.

Monique Bradley, a freelance web TV host, said the performances are unlike any other she’s seem.

“This show is next level,” she said. “This is more than just a show, this takes you to a whole other world where you get lost, where you escape, and where you have a divine experience.

“This is out of this world. I feel quite moved actually, quite emotional about it, just incredible.”

“The fact that so many thousands of years worth of culture, and really we’re only in a moment of time now, and it’s really the fact that this moment in time isn’t necessarily going to be the end or it’s not going to be the most important moment in time, but really the culture and the spiritualism that came through shows that there’s a lot stronger, I guess, presence here than what people would expect,” writer Tyree Connor said.