Award-winning Director Leon Lee has a new film, a drama based on true events called “Unsilenced: When Lies Silence A Nation.” It takes us back to China in 1999, to the moment when the Chinese Communist Party suddenly bans a popular meditation practice, Falun Gong. Across the country, practitioners are arrested; media channels broadcast lies and propaganda to defame Falun Gong; and we watch as the lives of Wang, a brilliant PhD student, and his friends quickly spiral out of control as each is forced to decide if they’re willing to risk prison, torture, even death to tell the truth.

Within the narrative, the film works at multiple, fascinating levels, revealing just how complex it can be to simply tell the truth. Then we learn from talking to Lee, that making a film about the truth can be just as risky.

Watch the full episode on EpochTV. 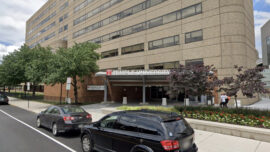