By Reuters August 24, 2019
The flag of North Korea is seen in Geneva, Switzerland, on June 20, 2017. (Pierre Albouy/Reuters)
shareFacebookFlipboardTwitterRedditEmail

SEOUL—North Korea fired what appeared to be two short-range ballistic missiles into the sea off its east coast on Saturday, the South Korean military said, the latest in a series of launches in recent weeks amid stalled denuclearisation talks.

The two leaders agreed in June to restart working-level negotiations but the process has been stalled since an unsuccessful second summit between Trump and Kim in Hanoi in February.

Trump said earlier this month Kim told him he was ready to resume talks on North Korea’s nuclear and missile programmes and would stop missile testing as soon as U.S.-South Korea military exercises ended. 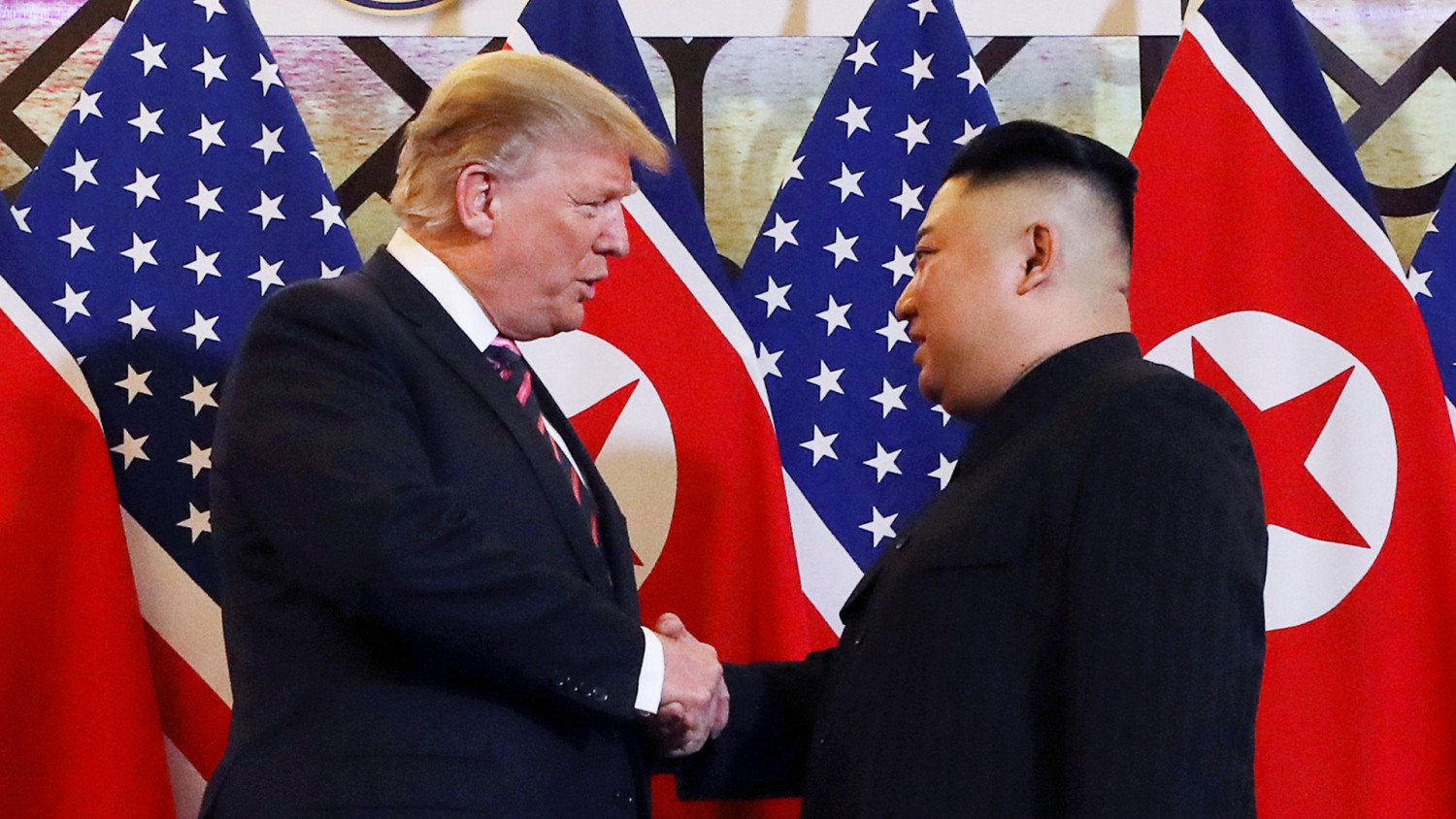 Trump: North Korea’s 3 Short-Range Missile Tests Are Not a Violation of Singapore Agreement

Trump said after the latest launches the United States has a good relationship with North Korea. “Kim Jong Un has been … pretty straight with me,” Trump told reporters at the White House.

North Korea has repeatedly criticised the mostly computer-simulated drills in recent weeks, as well as South Korea’s import of high-tech weapons such as F-35 stealth jets and the U.S. testing of its intermediate-range cruise missile as threatening and hindering dialogue.

North Korea’s top diplomat called U.S. Secretary of State Mike Pompeo a “diehard toxin” on Friday, saying: “We are ready for both dialogue and standoff.”

Those remarks came after U.S. envoy on North Korea Stephen Biegun was in Seoul this week to discuss ways to get negotiations back on track.

The North kept up its harsh criticism of sanctions imposed because of its nuclear and missile programmes.

“The U.S. should clearly understand that we do not have a lingering attachment on sanctions relief and that we will never barter the strategic security of the country for the sanctions relief,” a commentary on North Korean state media KCNA said on Saturday.

South Korea’s NSC called for North Korea to stop escalating military tensions and agreed to make diplomatic efforts to bring it to the negotiating table with the United States as soon as possible, South Korea’s presidential office said in a statement.

A senior U.S. administration official said: “We are aware of reports of a missile launch from North Korea and continue to monitor the situation. We are consulting closely with our Japanese and South Korean allies.”

Japanese Defence Minister Takeshi Iwaya said North Korea’s missile launches were a clear violation of U.N. resolutions and could not be ignored. He confirmed that the latest missiles fell outside Japan’s Exclusive Economic Zone and posed no immediate threat to Japan.

Tokyo believed the latest projectiles launched by the North were ballistic missiles and had lodged a strong protest with Pyongyang, Japan’s Jiji news agency reported.

South Korea’s Joint Chiefs of Staff (JSC) said North Korea had fired what appeared to be short-range ballistic missiles at around 6:45 a.m. and 7:02 a.m. KST on Saturday (2145 and 2202 GMT Friday) from around Sondok in South Hamgyong province. Sondok is the site of a North Korean military airfield.

They flew about 380 km (236 miles) and reached an altitude of about 97 km (60 miles), the JSC said, the highest of all nine North Korean launches so far this year.

A U.S. official, speaking on condition of anonymity, said the two North Korean missiles appeared to be similar to launches in recent weeks.

South Korea decided to scrap an intelligence-sharing agreement with Japan this week over a long-running dispute with Tokyo about South Koreans pressed into forced wartime labour.

Asked if that affected Japan’s ability to gather and analyse information about North Korea, Iwaya said: “The agreement was until November, so we want to continue cooperation with the South Korean and American militaries.”

“So we’d like to make that offer to the South Korean side,” he said.

South Korea’s JSC said that, as the agreement with Japan had not yet expired, it would share information about the latest North Korean launch with Japan, Yonhap reported.

Science & Tech
Millions of Americans Using ‘Zoom,’ Which Sends Some Data to China

China
Tyranny vs. Free World: Responses to Pandemic Expose Dark Side of Communism