The Philippines has agreed to buy the BrahMos anti-ship missile system jointly developed by India and Russia worth $375 million, its Defense Secretary said on Friday, in a move seen as a response to China’s assertiveness in the disputed South China Sea.

BrahMos Aerospace is a joint venture between India’s Defense Research and Development Organization (DRDO) and Russia’s NPO Mashinostroyenia, which was established in 1998.

“As head of procuring entity (HOPE), I recently signed the Notice of Award for the Philippine Navy shore-based anti-ship missile acquisition project,” Lorenzana said on Facebook.

“Negotiated with the government of India, it includes the delivery of three batteries, training for operators and maintainers as well as the necessary Integrated Logistics Support (ILS) package,” he added.

The BrahMos missile system contract was conceptualized in 2017, but it was delayed due to budget allocation and the coronavirus pandemic.

In 2018, the Philippines bought Israeli-made Spike ER missiles, its first-ever ship-borne missile systems for maritime deterrence, which are worth $11.6 million.

Manila’s latest missile system acquisition was perceived as a means of bolstering its ability to defend sovereign claims in the South China Sea. The Philippine government had previously lodged a diplomatic protest against China’s repeated disruptive acts toward Philippine authorities patrolling the disputed sea.

Territorial disputes in the South China Sea are ongoing, with Beijing continuing to pursue its claims to 90 percent of the seas based on its so-called “nine-dash line.”

The Permanent Court of Arbitration at The Hague dismissed Beijing’s claims to much of the South China Sea in 2016, in favor of the Philippines and other nations in the region. It ruled that China’s claims had no legal basis, but Beijing refused to abide by the verdict. 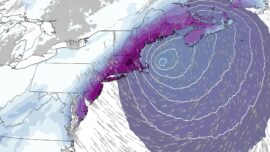