Bundles of mail were found in a dumpster in New Jersey on Oct. 2, officials confirmed to The Epoch Times on Oct. 5.

“Officers on scene did observe loose (rubber banded) bundles of mail, as described by the caller, which were secured on scene,” Hedeberg said in an email.

“The U.S. Postal Police were contacted and responded. The incident is being investigated by the U.S. Postal Service, Office of the Inspector General.”

A U.S. Postal Service (USPS) spokesman said in an emailed statement that the mail “was reported, collected, and delivered.”

“This matter was then turned over to our Office of Inspector General. We are unable to comment further at this time,” George Flood told The Epoch Times.

A U.S. Postal Inspection Service spokesperson told The Epoch Times that the service was notified of the incident but that the matter was referred to the USPS Office of Inspector General.

A special agent for the USPS Office of Inspector General confirmed to The Epoch Times that the office has opened an investigation into the matter.

Howard Dinger, a New Jersey resident, said he found the mail “dumped in a dumpster behind one of the banks I service.”

Dinger described the amount as 200 to 300 pounds, including at least 200 ballots.

“I couldn’t believe it when I found it. that’s why I felt it necessary to call the police and report it,” Dinger wrote on Facebook. “I’m confident that it is going to be fully investigated.”

Dinger didn’t respond to a Facebook message and deleted his post on Monday after The Epoch Times sent the message seeking an interview and permission to post the photograph. The Epoch Times captured an archived version of the post before Dinger deleted it.

Numerous states, including New Jersey, are allowing voters to vote by mail in the upcoming election. Typically, voters vote in person unless they request an absentee ballot and state a reason they cannot vote in person.

Because of the increase in voting by mail nationwide, the USPS is handling more ballots than ever.

Trays of mail were found in a ditch in Wisconsin last month. The mail contained several absentee ballots, the Outagamie County Sheriff’s Office confirmed to The Epoch Times.

In other cases, election officials or contracted companies have messed up ballot details.

New York City authorities said last week they were sending nearly 100,000 new absentee ballots to voters who had already received them because of what they described as a printing run error. 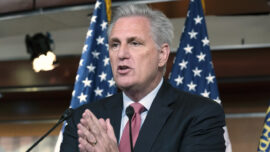