Prince Azim, the son of the Sultan of Brunei, has died aged 38, the country’s government has confirmed.

Azim, who was fourth in line to the southeast Asian nation’s throne and carved out a reputation in Hollywood as a movie producer, died on Saturday morning.

The government did not disclose the cause of his death.

He had produced a handful of movies, including the 2014 feature “You’re Not You” starring Hilary Swank, building a part-time career in the film industry despite international anger over his father’s move toward draconian punishments in Brunei.

Azim’s funeral took place on Saturday, and the nation has now entered a seven-day period of mourning.

The leaders of several neighboring nations expressed their condolences.

Singapore’s Prime Minister, Lee Hsien Loong, said Azim “was known for his kind and generous spirit, and for his dedication to charitable, educational, and youth causes.”

The Indonesian Embassy said in a statement that the Prince “will always be remembered fondly.” 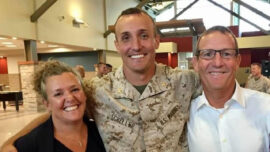