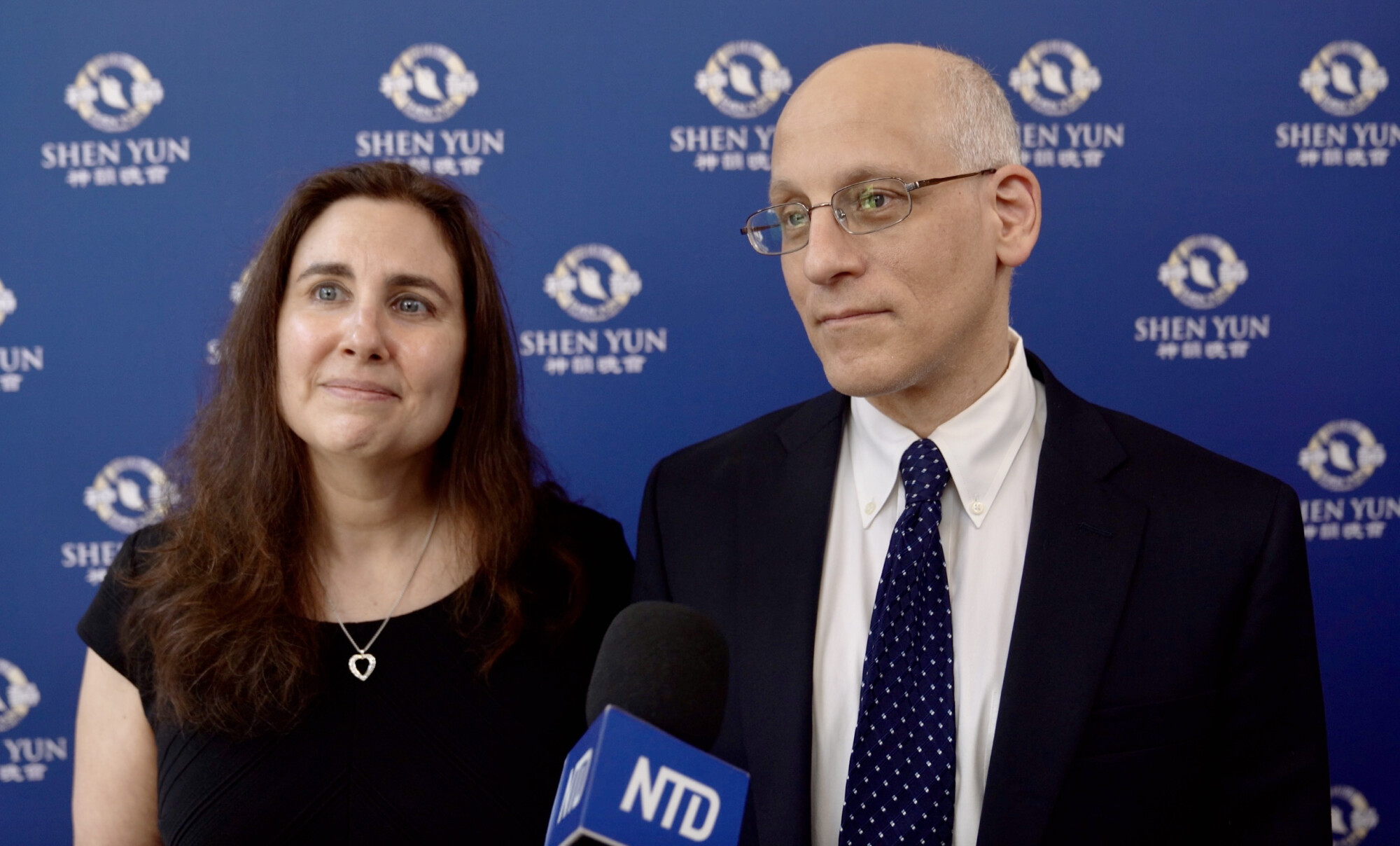 Samuel Shukovsky and Valerie Shukovsky at a Shen Yun performance at the Palace Theatre in Stamford, Conn., on July 24, 2021. (NTD)

STAMFORD, Conn.—The associate director of a major pharmaceutical company and a family doctor from New Jersey were both amazed by Shen Yun Performing Arts at the Palace Theatre on July 24.

“Everything was just fantastic. We saw the commercials on TV and it exceeded all expectations. It was just amazing—the abilities of all the performers,” Samuel Shukovsky, the associate director at Boehringer Ingelheim, said.

Having seen many other performances, Shukovsky felt that New York-based Shen Yun is in a league of its own.

“It’s just a wholly brand new experience that doesn’t equal anything else out there,” he said.

Shukovsky attended the performance with his wife, Valerie Shukovsky, who was similarly impressed.

“I loved it,” she said. “It was spectacular. The costumes were amazing. The dancing was gorgeous. The music was beautiful. It was just phenomenal.”

Sam Shukovsky thought the performance was a valiant effort to revive China’s traditional culture, which was nearly destroyed by the Chinese Communist Party.

“I think that’s a wonderful idea and I hope more people can see it,” Shukovsky said, adding that he felt happy having experienced it for himself.

Shen Yun prides itself on bringing to life for its audiences China before communism.

Both the associate director and his spouse were also impressed by Shen Yun’s unique orchestra, which blends classical Western and classical Chinese instruments.

“Everyone was phenomenal. The orchestra was great. The performers were great. The pianist was amazing,” Shukovsky said.

Shen Yun, ‘It Gives Us Hope’

“It gives us hope in terms of thinking of human beings as we’re walking through this Earth, but we also have to think about our divinity, which is basically part of what we are, and that’s our essence,” Rodriguez said.

Rodriguez said she felt great after seeing the performance, describing it as refreshing, especially given the recent lockdowns due to the pandemic of the CCP (Chinese Communist Party) virus.

“I think the performance was amazing. And I love the different stories that reflect some of the social issues in China,” Rodriguez said, referring to the dance stories that portrayed the persecution of spiritual believers in modern China.

“The music, the dancing, everything had a lot of synchronicity,” she said. “I feel like it was very beautiful and very detailed and well-thought-out.”

Rodriguez said the performance helped her learn about China’s culture, adding that “the performance also puts light on the beauty of China and its people.”

“I think the whole world should watch this show,” Rodriguez said. “Honestly.”

Reporting by NTD and Ivan Pentchoukov.