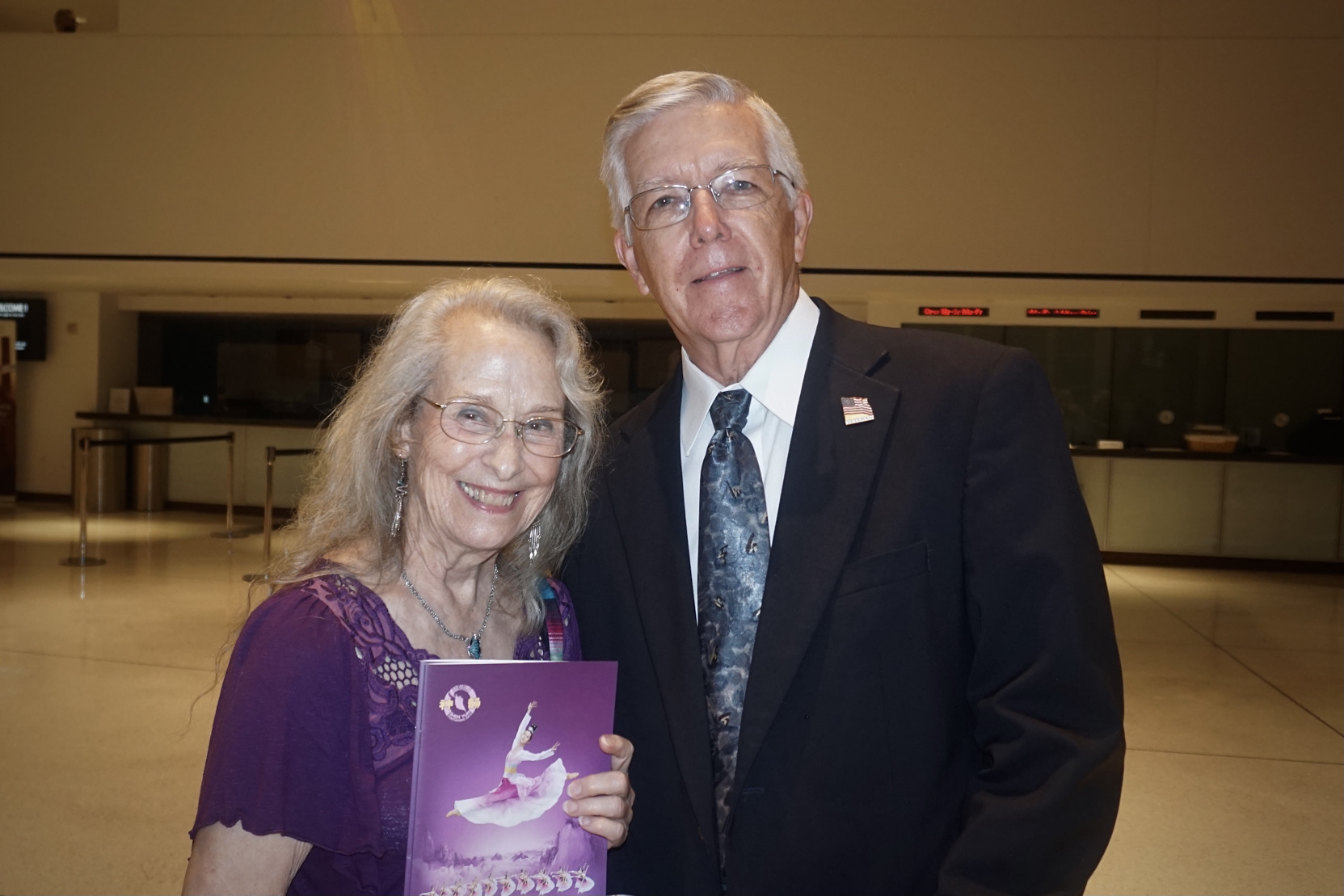 Knowing that the Sept. 4 performance would be another chance to learn more about Chinese culture, Ritchie decided to attend with her friend, Harold Annis. She said she was not disappointed.

“It was unbeatable. I enjoyed the whole thing,” Ritchie said. “And I really love the fact that you’re giving … background into the Chinese culture. It’s something that’s very necessary in this country and we’re learning a lot.”

Shen Yun is reviving traditional Chinese culture that has a rich history of 5,000 years. It presents classical Chinese dances that portray beauty, finesse, and strength while sharing stories of Chinese history and moral guidance that has been passed down through the generations.

One of the dance pieces that resonated with the couple is set in the Song Dynasty (960–1279 C.E.), which was viewed as a golden era of Chinese civilization.

“We dated in high school, and then went separate ways. And so now, we’re back together 60 years later,” said Annis.

Shen Yun’s stories tell of culture’s divine origins, as ancient Chinese people believe that their culture was a gift from the heavens. The Chinese culture has generated a rich and profound system of values.

If we get back to tradition, there’s unity and there’s peace. And I want the peace again.
— Singer and musician Judith Richie

“And I think that’s a statement about what’s going on worldwide now because we’re getting away from tradition and there’s chaos everywhere. But if we get back to tradition, there’s unity and there’s peace. And I want the peace again,” Ritchie said.

The Epoch Times considers Shen Yun Performing Arts the significant cultural event of our time. We have proudly covered audience reactions since Shen Yun’s inception in 2006.