Shen Yun ‘Reflects the Values of the People,’ Says Professor 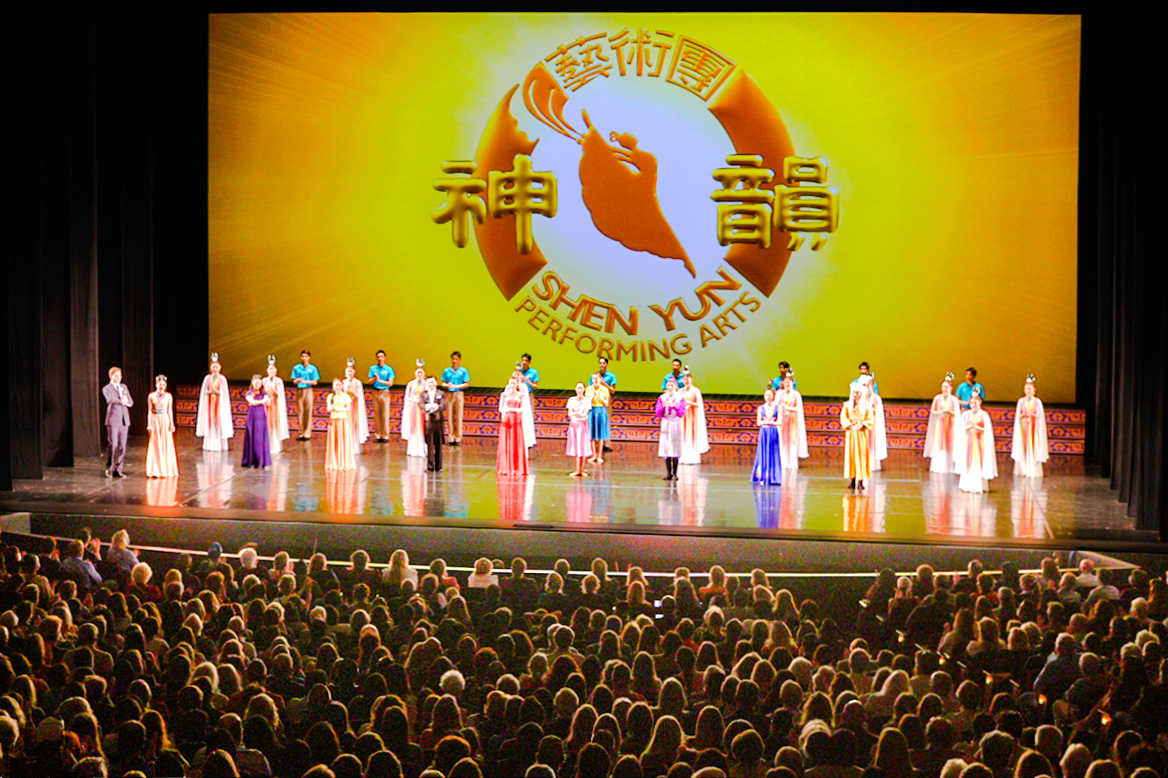 DENVER, Colo.—Mr. and Mrs. Hess have a deep appreciation for ancient cultures. This passion drew them to attend the Sunday matinee of Shen Yun Performing Arts on Nov. 7.

Jean Hess is a chieftain at the Saint Andrews Society of Colorado, a Scottish society, and a mental health counselor. Her husband Richard Hess is a professor of Old Testament and Semitic Languages at Denver Seminary. They hail from Glasgow, Scotland.

Mrs. Hess described the performance as “exquisite, incredible, beautiful” and even “thrilling at times.”

Shen Yun is the classical Chinese dance phenomenon that has swept the globe since its annual world tours began in 2006. Based in New York, their mission is to present to the world “China Before Communism.”

Mrs. Hess is an expert in Scottish dance. She was impressed with classical Chinese dance’s “artistry and the portrayal of elegance.”

“Every little [gesture] and the elasticity of their bodies—oh my gosh,” she said. “Absolutely wonderful. So glad we got to come.”

I believe that art is the creation of value, and I think that this reflects the values of the people.
— Richard Hess

“I believe that art is the creation of value, and I think that this reflects the values of the people,” Mr. Hess said.

The Chinese culture has a continuous history of 5,000 years, spanning dozens of dynasties, each bearing its own style of dress and unique customs.

“It’s just a pleasure to be able to see that unfold in so many ways,” Mr. Hess said. “And in many ways, we resonate with many of the values represented in the dance and in the music, in the song, so we felt very blessed to see it and hear it.”

When Mr. Hess was teaching in Hong Kong, he had the opportunity to learn about the ancient Chinese spiritual practice Falun Dafa—which promotes the universal values of truthfulness, compassion, and forbearance—and the Chinese Communist Party’s persecution against it in mainland China. Many of Shen Yun‘s performers practice Falun Dafa, and tell their story of overcoming injustice during the performance.

“I appreciate it highlighting the reality of the CCP’s mistreatment and persecution in a very beautiful, effective way,” Mrs. Hess said. “Of course, a lot of people don’t know that is a real situation. I don’t think it’s very often on the news.”

As a researcher of Christian history, Mr. Hess added that Shen Yun’s mission to uphold traditional values is deeply worthwhile.

“I think it’s very important [to preserve culture], because [if] we lose the values, we lose an understanding of the value of the human person. And when that’s lost, then it’s simply a matter of power and greed and a disintegration of the society, sadly.”