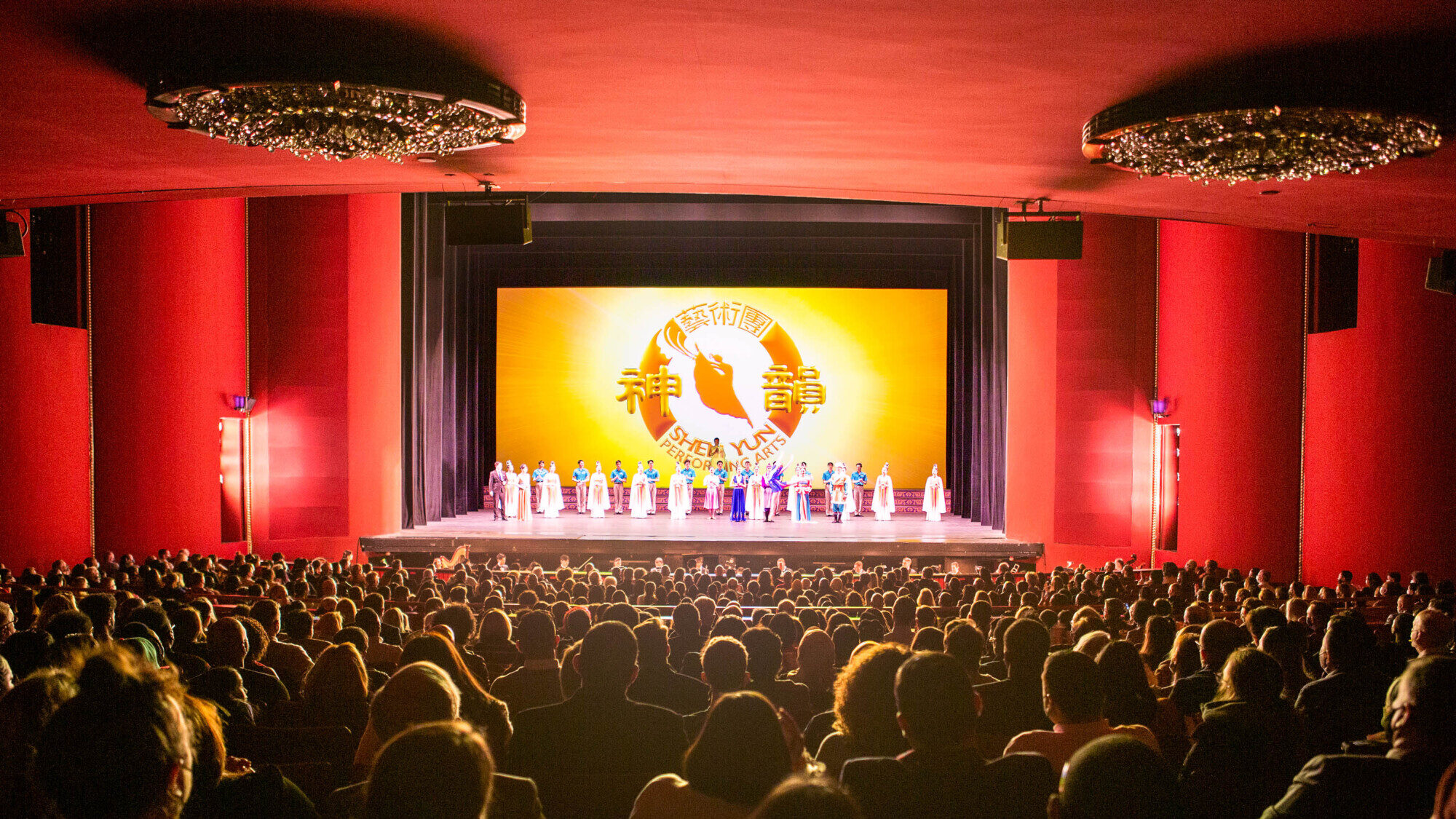 After a nearly two year break from the stage, New York-based Shen Yun Performing Arts was one of the first performances to emerge from the global pandemic with a world tour. To meet the anticipation and demand of waiting audiences, the normally half-year tour season was expanded from July 2021 to July 2022, nearly a a full year of shows.

Thousands around the world poured into theaters, calling the event a much needed return to normalcy and a celebration of humanity.

The four performances in at The Kennedy Center Opera House in Washington D.C. July 15–17, 2022 will be this season’s last.

When the COVID-19 pandemic that swept across the world brought not only losses to countless people in countless ways, the world was shocked to realize the inhumanity of the Chinese Communist Party (CCP) that had enabled the pandemic. But where people saw the CCP regime as the cause of such grief, in Shen Yun they saw the antidote.

“I’m glad that I lived at a time where I could see [Shen Yun’s artistic director’s] productions instead of just reading about them in a history book, because they will be in history books someday,” said archeologist and best-selling author Dr. David West Reynolds, after seeing a performance on Oct. 9 in Whitney Hall at the Kentucky Center for the Performing Arts. “Chinese civilization is so powerful, and to see that so much has been lost, but so much has been saved—Shen Yun has saved so much before it was too late.”

“They were there to convey powerful messages of what it means to be human and what our potential is, and that’s exactly what I saw tonight.”

In 2006, artists from around the world, many who had fled China seeking religious freedom, established a performing arts company in New York, one where they could create art not meant to glorify the CCP, but art that could portray pure beauty and pure goodness.

For 5,000 years, Chinese civilization was divinely inspired. Once called the “Celestial Empire” and “The Land of the Divine,” the people of the ancient civilization were deeply spiritual, and society was centered on the idea of harmony between heaven, earth, and humankind.

This was the belief that the CCP sought to root out through means of violence and propaganda, and this was the culture the artists who established Shen Yun sought to recover. Through music and dance, Shen Yun aims to show 5,000 years of divinely inspired civilization. This year’s tagline—”China before communism”—puts this mission in plain terms.

“I am overwhelmed—with beauty, with joy, with the work behind it and the creativity,” said Iris Galey, a bestselling author from New Zealand, after she saw Shen Yun on May 20 in Basel, Switzerland.

Canadian lawmaker felt Shen Yun was a beautiful reminder that “we need spirituality in our lives.”

“Civil liberties—no matter at what point in time in your civilization—are fundamental. This concert today is all about civil liberties, and having rights, and standing up for what you believe in.”

Despite CCP interference, by way of political calls to theaters and even slashing tires of Shen Yun’s vehicles, Shen Yun has prevailed. In a half dozen years, the fledgling music and dance company had become world-renowned. Its set design involves patented technology that creates the animated backdrops audience so often inquire about. Shen Yun has come to set the standard for the art form of classical Chinese dance. It grew from one to now seven equal-sized touring companies, each with its own orchestra, and each performing around 100 shows in cities around the world every season.

Dr. Reynolds has spent his career studying civilizations, and he’s concluded that without faith, one cannot understand all of human experience.

“I’m most grateful for this performance that it makes me believe that the ancient traditions, the ancient values are what will get us through all of this that’s so heartbreaking in the modern world,” he said.

“Powerful art is willing to take on powerful themes. Shen Yun does this, it shows us the whole range of who we are, but it also shows us who we can be and that’s the hope.”

Joel and Lina Carlsen saw a performance in Illinois earlier this year and were blown away by the artistry and themes of truthfulness, compassion, and tolerance.

“It brought me to tears actually,” said Mrs. Carlsen, who grew up in Lithuania while under Soviet rule, and knew the suffering communism could bring to people. For the couple, Shen Yun was a reminder of the beauty of humanity that could arise absent such evil.

“It really opened my eyes to the beauty in the world and the impact of a communist regime and the beauty it can suppress and take away … or hide,” Mr. Carlsen said. “[Shen Yun’s] goals and mission is bigger than just a performance. It’s really to bring to light the divine joy in beings that we all are. So, I enjoyed it, I really enjoyed it!”

Mrs. Carlsen said: “What I saw was just pure art … it was pure amazing. I want to go home and be a better person.”