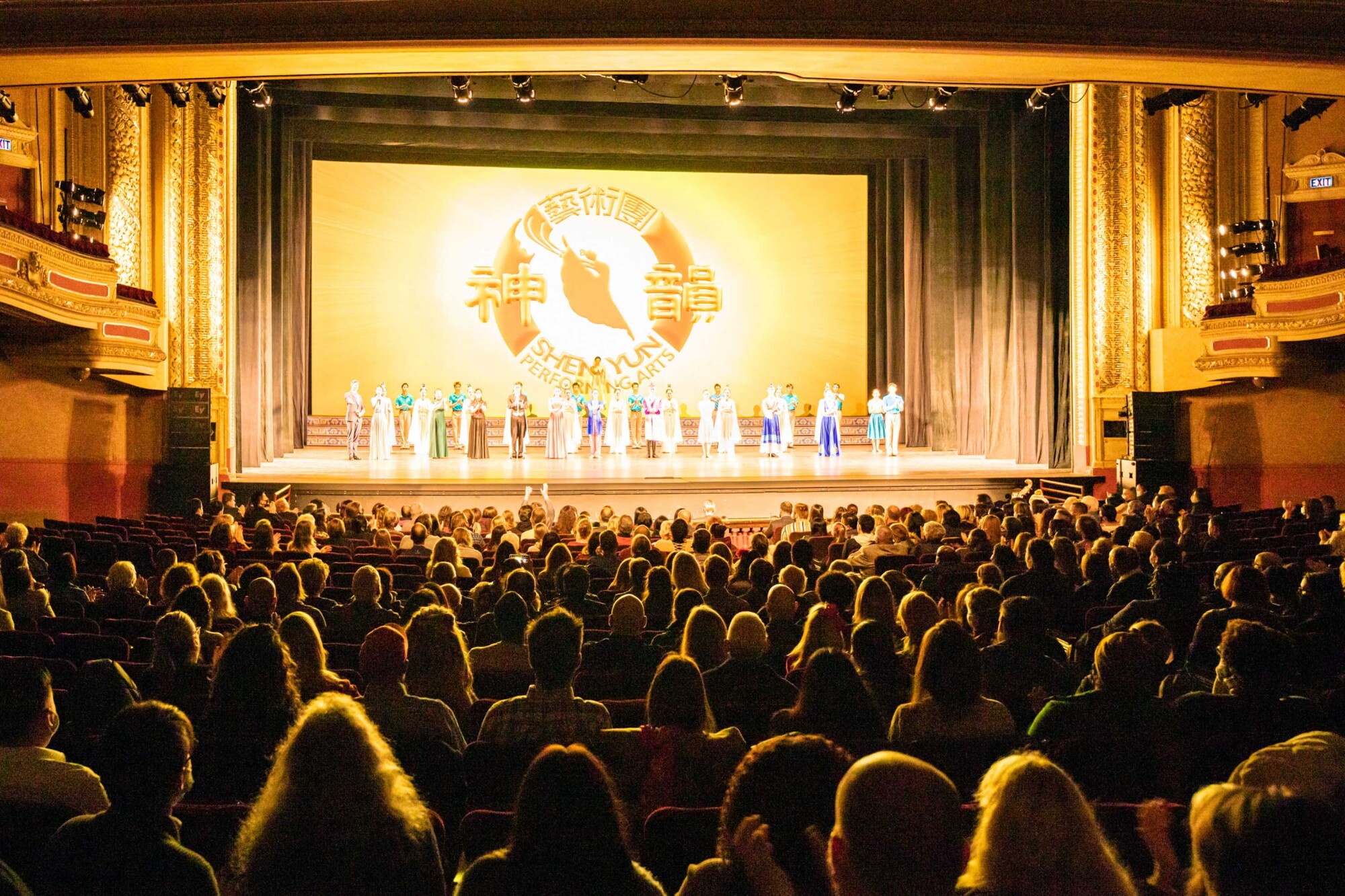 The entire secret is to be found in music, from which we want to construct a completely different therapeutic system.

—Nicolaus Lenau, an Austrian poet and advocate of music therapy in the 1800s

Many years ago, Vincent Cavarra was fighting cancer when he bought himself a ticket to Shen Yun Performing Arts. Partway through the classical Chinese dance and music performance, the emcees explained that in ancient China, music was considered medicine, and the two Chinese characters even resemble each other. That idea struck Cavarra, who immediately wrote a note for himself, “music is for healing.”

“I was very sick, I was fighting cancer. And when I heard that, I wrote it down, and from that point I listened, more and more and more,” Cavarra said. He felt a change in himself, and that night when he went home, he sought out music online that was similar to what he had heard performed by New York-based Shen Yun’s orchestra. It was the start of his healing journey, he said.

Five years later, he attended another Shen Yun performance and told his story to a reporter.  It’s not magic, he said, it’s this music.

“It helps me sleep, I have gotten strong, and I can stand, and I can walk, I could run,” he said. “No more cancer, no more bad heart.”

Cavarra had brought friends to share in his fortune that night. “I brought two [friends] today. … I said, ‘Come, let me show you what I see.’ He has Parkinson’s disease, he’s learning now also, now I’m trying to bring him out and let him see,” he said.

Normally, his friend would not have been able to sit through a two-hour long performance, he said. But that night, “his eyes were wide open, very alert, just keen on what he was seeing.”

This music “brings health, absolutely. No question, no doubt in my mind,” he said. “It brings you to a whole other place, a better place.”

Music therapy is an idea as old as time, present in cultures from the East to the West and everywhere in between.  The human body was considered a work of sacred creation, as was the natural world. Balance of the internal and external through music was an exercise in better understanding the Creator’s grand design.

Ancient Greek and later Medieval medical theory taught that the four temperaments of melancholic, sanguine, choleric, and phlegmatic corresponded respectively to the four elements of earth, air, fire, and water, and governed the health of an individual. Enlightenment-era Baroque composers and doctors believed they could, through musical figurations, balance the humors toward health.

Ancient Chinese music and medical theory was even more direct. Chinese music is based on a pentatonic scale, with five main notes, and each of these corresponds to the five elements—fire, earth, metal, water, and wood—corresponding respectively to the five major internal organs—the heart, spleen, lungs, kidneys, and liver. These five tones further corresponds to five emotions. For example, the “jue” tone, which corresponds to wood and the liver, incites or soothes fury in the listener, depending on how the music is written and performed.

Music is in harmony with heaven and earth … Virtuous, elegant music is in alignment with the motion of matter and with the principles of human health. It possesses a pure energy.

—Records of the Grand Historian, written during the Han Dynasty around 94 B.C.

Shen Yun’s composers and musicians are aware of this theory, and the company often explains the philosophy behind its music.

As they explain on their website, “In ancient China, music was not only a form of entertainment, but also a way of spiritual elevation. Refining one’s character and seeking harmony with heaven was a natural part of the artistic process.”

Their artists today seek to do the same, “reviving this tradition of self-refinement and cultivation in the arts.” The artists are all mediators, spiritual seekers, and live by the principles of truthfulness, compassion, and tolerance.

I should be sorry if I only entertained them; I wished to make them better.

—George Frederic Handel, perhaps the most successful of Baroque composers

In 2004, Japanese businessman Masaru Emoto published “The Hidden Messages in Water,” and his book quickly became a bestseller. You may have heard of his experiment: Emoto exposed distilled water to various sounds, including classical music and heavy metal. The water that had experienced the vibrations of Mozart’s “Jupiter” symphony produced ornate, geometrically perfect crystals. By contrast, water that experienced the heavy metal crystalized in distorted shapes. Emoto concluded that the hexagonal crystals he saw represented the life force of Mother Nature.

Human beings, being largely composed of water, must similarly react to different types of sound, Emoto thought, and so went on to treat clinically ill patients with water that he had treated with vibrational information.

“I believe that music was created to bring our vibration back to its intrinsic state. It’s human nature to create music that readjusts the vibrations distorted by history. That’s why I’m so certain that music is a form of healing before it is an art,” Emoto said.

Hope is an elevation of the soul or spirits; but despair is a depression of this: all of which are things which can very naturally be represented with sound, especially when the other circumstances (tempo in particular) contribute their part. And in this way one can form a sensitive concept of all the emotions and compose accordingly.

‘They Touched My Soul’

Music can raze out the written troubles of the brain.

The Epoch Times has covered Shen Yun since its inception, as it believes the company’s undertaking to be culturally historic. Year after year, audiences report the experience as a rejuvenating one, refreshing and even healing of the body, mind, and spirit.

In 2016, Dennis Langevin, a reverend and veteran, saw a performance in Waterbury, Connecticut, mostly to sate his curiosity about this show he had seen advertised ubiquitously.

“I’m retired military and I’m 100 percent disabled, so I spend a lot of time in pain. So while I’m sitting in the seats, all of a sudden I have a realization—I wasn’t feeling any more pain!” said Langevin, offering his thanks to each and every one of the performers, with a special thank you to the orchestra members. “Two hours that they’re performing, my pain is gone.”

“I’m a Marine, and we’re known for being tough guys, Marines. Well, it brought a tear to my eye here. How do you say thank you for someone who can do that for you? So once again, thank you very much,” he said.

“I fought in Vietnam, and a lot of memories came rushing back for me,” he added, most notably when one of the storytelling dances showed a believer standing up for his faith in modern day China, in defiance of the atheist Chinese Communist Party. Shen Yun’s conviction toward justice and faith impressed Langevin as much as their skill and professionalism. “That just kind of touched my soul. No matter what, he didn’t change his belief … more people should be like that. That’s just a wonderful, wonderful thing that they do, and again a wonderful thing they did for me. Thank you so, so much.”

Music can lift us out of depression or move us to tears—it is a remedy, a tonic, orange juice for the ear. But for many of my neurological patients, music is even more—it can provide access, even when no medication can, to movement, to speech, to life. For them, music is not a luxury, but a necessity.