Meanwhile, equities surged and the dollar advanced as investor fear gave way to an increased appetite for risk after President Donald Trump told a press conference on Jan. 8 that an Iranian missile attack on bases in Iraq hosting U.S. troops did not lead to loss of life.

“I’m pleased to inform you: The American people should be extremely grateful and happy no Americans were harmed in last night’s attack by the Iranian regime,” Trump said. “We suffered no casualties, all of our soldiers are safe, and only minimal damage was sustained at our military bases.”

Iran launched more than a dozen missiles at two bases housing U.S. and coalition forces, the Pentagon said late on Jan. 7, pushing crude to its highest level in four months. The attack was retaliation for a Jan. 3 U.S. drone strike that killed a top Iranian general. 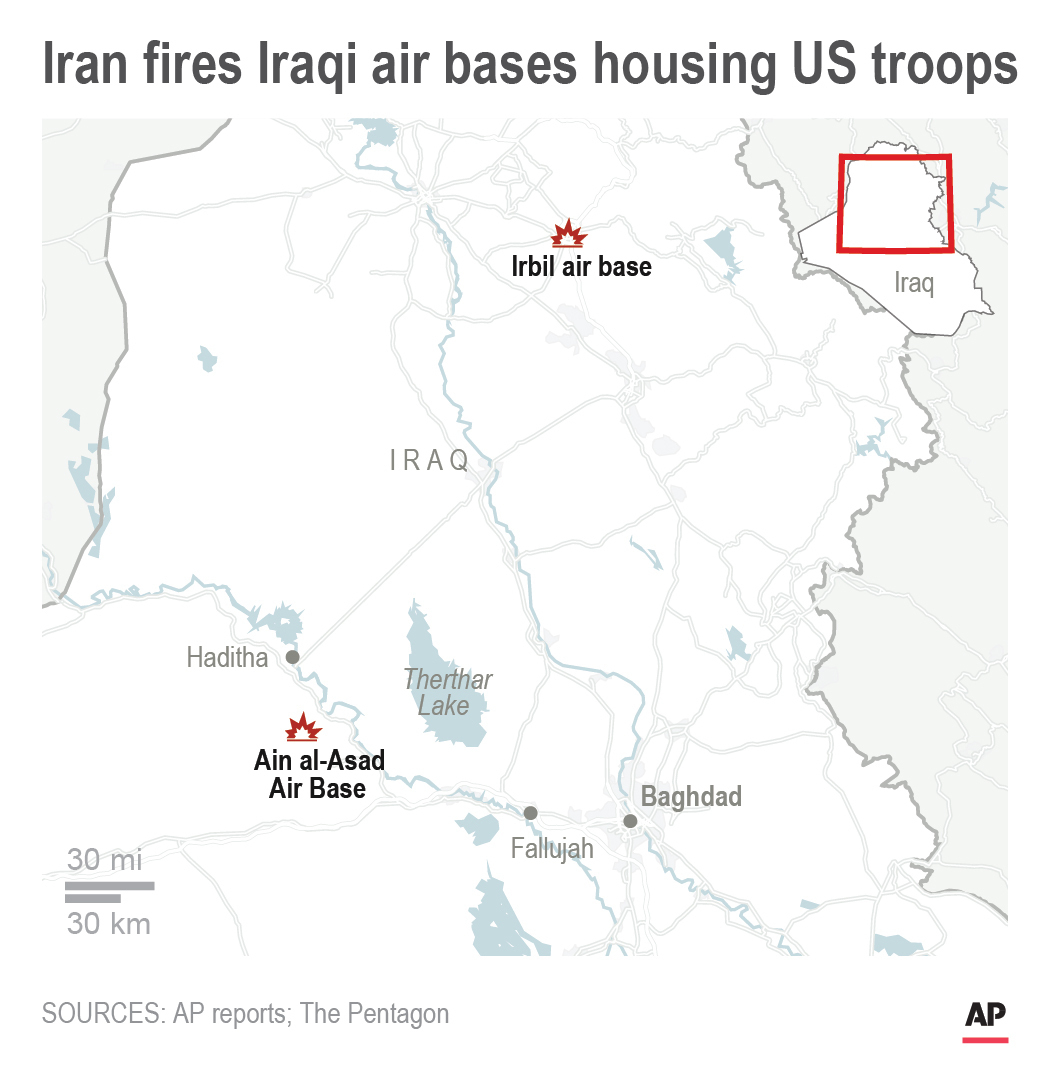 Broadly, oil prices on Jan. 9 have moved back toward where they stood before the recent exchange of hostilities.

Brent crude oil futures, a proxy for supplies from the Middle East, first spiked to over $70 per barrel on news of Iran’s missile attack, before retreating in several hours of trading to around $65 per barrel. When trading opened on Jan. 9, CFDs on Brent crude hovered around the $65-dollar mark before hitting a low of just over $64.5 per barrel.

West Texas Intermediate (WTI) crude oil prices, a U.S.-based measure, saw a similar dynamic in trading on Jan. 9, staying largely flat in initial trading at around $60 per barrel and dipping to around $58.8.

“The strike caused a spike. It became clear reasonably early on that there was no evidence of loss of life and there were rumors that there had been a pre-warning of the strike, so the US personnel had a chance to evacuate. The Iranians were quick to point out that this was a one-off slap in the face for the US and the markets calmed,” Johnson said.

“There are other factors at play, though, with the US development of shale oil, fracking and oil sands production, Iran only produces around 4% of the world’s oil production; capacity that could be fulfilled by other producers if Iran was completely offline or closed down. Hence their impact isn’t what it once was,” he added.

After Trump eased tensions by stepping back from further military action, investors turned their attention back to the unexpected rise in U.S. crude stockpiles last week.

At 431.1 million barrels, U.S. crude oil inventories are at the five-year average for this time of year, according to the EIA. This does not include the U.S. Strategic Petroleum Reserve, which, at an authorized storage capacity of 713.5 million barrels, is the world’s largest supply of emergency crude oil.

JPMorgan analysts maintained their forecast for Brent to average $64.50 a barrel this year, according to Reuters.

Trump: US Energy Self-Reliance Is Key Buffer Against Geopolitical Shocks

Speaking to reporters at the White House, Trump noted America’s energy independence, suggesting that because of increased petroleum production in recent years, the country is less susceptible to oil supply shocks.

“Our economy is stronger than ever before, and America’s achieved energy independence,” Trump said. “We are now the number one producer of oil and natural gas anywhere in the world. We are independent, and we do not need Middle East oil.”

October 2019 was the second month in a row that the United States was a net exporter of crude oil and petroleum products, exporting 389,000 barrels per day (bpd) more than it imports, according to data from the EIA.

“There’s no question that as America becomes more energy-independent, these countries like Iran and Iraq and Saudi Arabia and Russia no longer have a blade at our neck, and we can act in America’s own economic and national security interests without worrying about our energy supply,” Moore said.

While the United States is a net exporter of petroleum products, it still imports a substantial volume of crude oil.

Net imports of crude oil from the Persian Gulf for October 2019, the most recent month for which data is available, amount to 645,000 bpd, according to EIA figures (pdf). EIA defines Persian Gulf states as Bahrain, Iran, Iraq, Kuwait, Qatar, Saudi Arabia, and United Arab Emirates.

According to the EIA, the high point for U.S. oil imports from Persian Gulf countries was 2.8 million bpd in 2001.

“My main point has been that the fracking/fossil fuel revolution underway in the U.S. for some time now has created for the U.S. a degree of energy independence that has largely liberated it from relying on Middle East oil—and therefore eliminated a major reason for continued deep involvement (military or otherwise) in the region,” Tonelson told The Epoch Times.

On Sept. 14, 2019, the state-owned Aramco oil processing plant in eastern Saudi Arabia was targeted by a drone strike.

“What should be noted, both then and now, is the impact on the spread between Brent and West Texas,” Hirst said. “In September, the spread of Brent over West Texas jumped as soon as the futures markets were reopened, on fears of a supply disruption, but within a few hours only, this move had given up all of those gains.”

“I think this reflected a new dynamic,” he said, “which is that the U.S. is now a net exporter of oil, so the disruption in the Saudi sphere, with those facilities being impacted, is seen as being far less serious than a disruption would have been a decade ago.”

US
Thousands Gather at Virginia Capitol in Support of 2nd Amendment

US
Lawmakers, Groups Urge Peace Ahead of Gun Rights Rally