America’s federal court system is made up of district courts, known as trial courts, appellate courts, and the U.S. Supreme Court.

The country is split into 13 circuits: 11 regional circuits, plus the D.C. circuit and federal circuit, which deals with specialized issues like patent law.

For example, the 11th circuit is made up of Alabama, Florida, and Georgia.

Each of the 13 circuits, including the federal and D.C. circuits, are assigned to a Supreme Court Justice.

With the new court in session, the circuit assignments have shifted. Justice Sotomayor has taken over the second circuit, previously supervised by the late Justice Ginsburg. As a result, Sotomayor’s previous sixth circuit assignment went to Justice Kavanaugh.

Typically, justices are assigned to circuits where they have previously judged, or to the circuit that oversees their home-state.

We have recently seen this in action when Justice Alito issued an order as circuit justice for the third circuit. He granted an emergency request by Pennsylvania’s Republican Party and ordered Pennsylvania election officials to segregate ballots that arrived after Election Day.

On Nov. 22, the Trump campaign appealed the dismissal of a lawsuit in Pennsylvania.

Rudy Giuliani said that the Trump campaign hopes that “the Third Circuit will be as gracious as Judge Brann in deciding [the](our) appeal one way or the other as expeditiously as possible,” adding: “This is another case that appears to be moving quickly to the United States Supreme Court.”

None of the election lawsuits have made their way to the Supreme Court yet. But both the Trump campaign and third parties have filed challenges in all six battleground states.

Back in 2000, the election dispute between George Bush and Al Gore was settled by the Supreme Court. Considering the number of legal challenges pending, the nation’s highest court may again play a pivotal role in determining the outcome of the election. 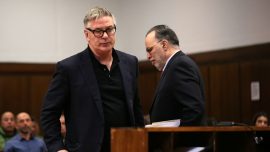 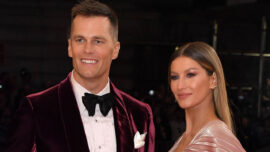