An 18-year-old teenager was bitten by a shark while he was surfing at a beach in Florida, within just three days of another shark attack at the same beach, in a Florida county that’s often referred to as the “shark bite capital of the world.”

Reed Zipperer had his left hand bitten on July 29 in the afternoon around 1:30 p.m. at New Smyrna Beach, according to ABC News. His would be the sixth such attack his year in Volusia County, known as the “shark bite capital of the world.” All six attacks also occurred on the same beach.

“Went to paddle, and it just like, just bit me and I looked at it,” Zipperer told CBS affiliate WKMG. “Like three deep gashes. Like, sick, man.”

“On the way here, we were talking like, all about sharks,” he added.

Zipperer was in waist-deep water when the attack happened. It’s unclear what type of shark bit him.

ANOTHER SHARK BITE | An 18-year-old man was bitten by a shark at New Smyrna Beach on Monday, according to beach patrol. https://t.co/Ot2GqAE3dV

After the attack, He had his hand wrapped by a lifeguard, and afterward, he was transported to the hospital. WKMG reported that his friends drove him there, while other outlets such as the Orlando Sentinel reported that he drove himself there.

Zipperer told WKMG that although he received 19 stitches, he avoided serious injury, including ligament tears.

He added that he didn’t blame the shark and noted that the water was murky. “My hand probably looks yummy to them. I would do the same thing,” he said.

Just two days earlier, on July 27,  William Angell, 49, had his right thigh bitten by a shark at 4:30 p.m. at the same beach. Angell, who had been visiting from Arizona, said he did not see the shark. He was treated at the beach and later drove himself to a medical center for additional treatment. 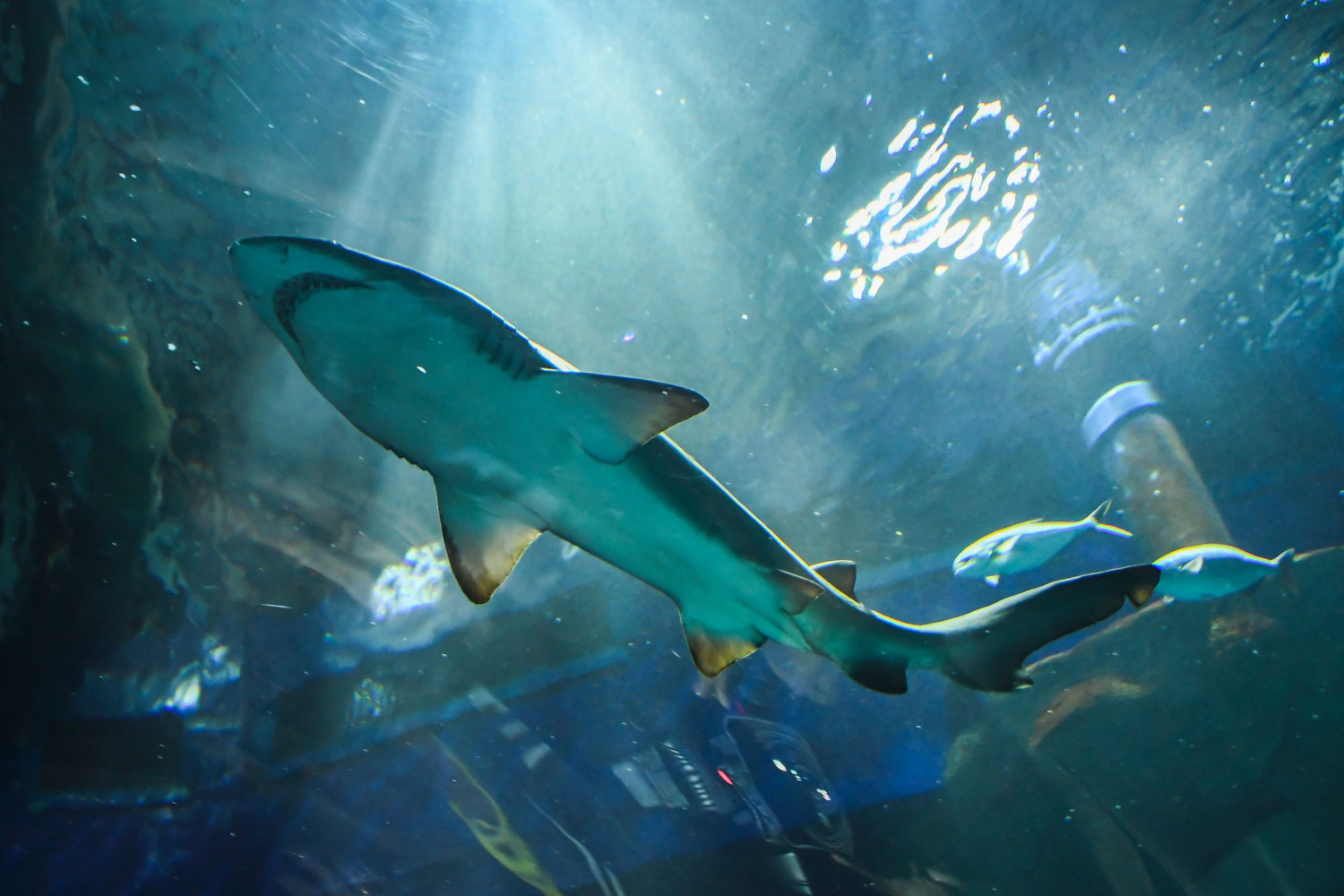 But that’s not all for Florida. In nearby Jacksonville Beach, just 100 miles north of New Smyrna Beach, a professional surfer was attacked on the same day as Angell, about an hour earlier at 3:30 p.m.

Frank O’Rourke, 23, got a shark bite on his right elbow. He made local news headlines because he decided to go to a bar instead of a hospital right after the attack.  O’Rourke simply had his arm bandaged at the scene.

O’Rourke, who said he’s been surfing for 20 years, told WLTV that he regularly sees sharks in the water, especially near the pier, but had never been attacked by one until July 27.

“If it’s your time, it’s your time,” he said, adding that the attack won’t prevent him from surfing. “If the [sharks] want you, they want you. You’re more likely to get struck by lightning than killed by a shark. I’m going to buy a lottery ticket!”

Earlier this month, Florida saw yet another shark attack—a 16-year-old girl was bitten by a shark on her heel and ankle on July 12 off Amelia Island. The teen, Jackie Joizaitis, said she didn’t see the shark but “felt the jaw snap.” She ran out of the water and her friends helped apply pressure to the wound as they waited for the emergency crew to come. She was then taken to a nearby hospital.

For most years, Florida sees more shark bites than anywhere else in the world, with Volusia County topping the charts in the state.

According to the International Shark Attack File, 66 shark bites were reported worldwide in 2018, 32 of which were off United States coastlines. Florida saw 16 of the 32 attacks.

Florida has seen a total of 827 unprovoked shark attacks since 1882 according to the International Shark Attack File. Again, Volusia County tops all other counties in the state in the number of shark attacks with 303 attacks reported out of the total of 827 attacks.

GQ Pan contributed to this report.