Texas Senate lawmakers have unanimously adopted a resolution condemning the Chinese regime’s “vile practice of forcibly removing human organs for transplant” while urging the United States to take a more aggressive stance on the issue.

“We want to go on record as saying: ‘No, this is happening, and we condemn it,’” state Sen. Angela Paxton, the primary author of the resolution, told The Epoch Times’ sister media NTD on April 21.

Part of the motivation for Paxton, who has spent at least two years advancing the cause, was the lack of public attention on the organ transplant abuse, which had led many people to dismiss it as “rumors.”

“We know this is true, we know it is wrong, and that it again goes to the very heart of destroying the dignity of every human being.”

People around the world have flocked to China to seek transplant surgeries, upon learning that they could get a critical organ as quickly as in a two-week span. Yet such speed likely comes at a cost of innocent lives, the resolution warns. Passed on April 15, the legislation now awaits a House vote before it heads to the governor’s desk for signing.

In 2019, the independent China Tribunal concluded that prisoners of conscience—a majority of them adherents of the persecuted spiritual discipline Falun Gong—are being killed on a “significant scale” for their organs.

Dr. Howard Monsour, who was among the first doctors involved in liver transplantation after its approval in 1984, recalled one of his patients from 10 years ago who developed liver cancer that had spread too far for him to have transplant surgery. After multiple U.S. hospitals turned him down, the desperate man took a trip to China and got a liver for $88,000, even though Monsour advised him against it, cautioning that late-stage surgery could accelerate the progression of cancer cells. The patient went ahead with the surgery and died eight months later.

“Think it of as a person trapped underwater. They will do almost anything to obtain a breath of air that gives them life,” said Monsour, now a gastroenterology specialist at Granbury-based Lakeside Physicians Express Care, in a testimony to the state senators. The surgery in China “was a disservice to this Texas citizen, and especially to the donor if it came from a prisoner,” he said.

At the state senate floor, Falun Gong practitioners who survived torture in China for their faith recalled being subjected to unexplained forced blood draws and witnessing “horrifying” disappearances of inmates that they later linked to organ harvesting.

At Masanjia Labor Camp, where Houston resident Wang Haiying was once detained, Wang saw the guards drawing a large tube of blood from a female practitioner in the same cell, while the woman was physically restrained, she said.

“We lived in terror every day,” she told the state senators. “Some practitioners were beaten to death and were seen carried away. Others were taken by police and then went missing.”

Yu Xinhui, who now lives in Austin, remembered that a dozen to dozens of prisoners were taken out of Sihui Prison in Guangdong, where he was held from 2001 to 2007. These people were never seen again, he said.

In 2006, he watched several buses, military cars, and an ambulance arriving at midnight, with armed policemen telling them to lie on the bed facing the wall, and “come out when your name is called, and don’t bring anything with you.”

“Everyone was terrified,” he said. “Three people were taken away from my cell. Their belongings were left in the cell. None of those people ever came back.”

While imprisoned, Yu met a doctor from his hometown who confirmed with him that live organ harvesting was happening.

“You Falun Gong practitioners have the best body, and the organs are of course the best. Other prisoners’ organs might not be good to use because they abuse drugs, alcohol, or engage in other bad habits,” he recalled the doctor saying.

Taking sympathy in Yu, the doctor once suggested that he pretend to give up practicing Falun Gong to save his life.

“Otherwise, who knows what would happen to your heart, liver spleen, and lungs?” The doctor said.

State Sen. Donna Campbell, a joint author and one of 12 sponsors of the bill, said the hearing was “eye-opening.”

“I saw the sadness, the profound sadness that comes with such an atrocity,” she told NTD. She hoped the resolution could be a start of a broad movement to stop the abuse.

“There needs to be a global outcry that this is wrong. Nations need to sanction China for this kind of behavior,” she said.

As an emergency room physician, she also appealed to the Chinese medical doctors to “walk away” and “say no” to such practices.

“It’s against any moral conscience they could possibly have,” she said. “They need to work for lives, not to take lives away.”

Brenda Chen contributed to this report. 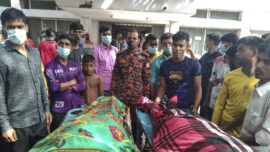 16 Killed by Lightning on Way to Wedding Party in Bangladesh 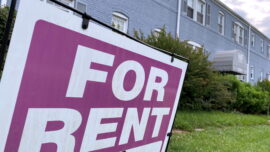 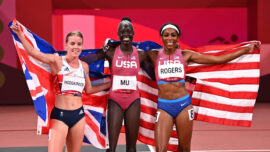 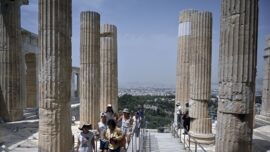 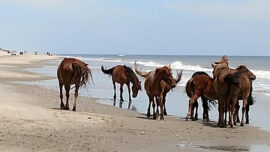 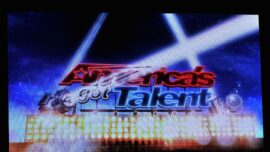