Thailand’s National Center for Genetic Engineering and Biotechnology is expecting two COVID-19 anti-viral nasal sprays to enter human trials by the end of this year.

Deputy government spokeswoman Ratchada Thanadirek said on Wednesday the nasal sprays are based on adenovirus and influenza and testing on mice has provided promising results.

The first phase of human trials is due to start later this year after pending approval is accepted by the country’s food and drug regulator.

Thanadirek noted that the trials will also include the spray’s effectiveness against the Delta variant, with the second phase due in March 2022 and a target of production for wider use in mid-2022, if the results are good.

Research has been carried out in countries around the world to develop nasal sprays to help prevent and treat the CCP virus, particularly given that the lining of the nose has been identified as a key entry point for the virus.

In a study on a similar pre-clinical product, developers claimed that their anti-viral nasal sprays may significantly reduce the infectivity of respiratory and cold viruses, including COVID-19, the disease caused by the CCP (Chinese Communist Party) virus.

Data published on July 27 by the Australian-based company Starpharma claims that its research at the Scripps Research Institute in the United States into astodrimer sodium (SPL7013) revealed the substance was able to inactivate over 99 percent of the CCP virus, including the Delta and Kappa variants.

The company also says its Viraleze nasal spray works against other viruses such as RSV, SARS, and MERS.

As of Aug. 11, about 6.8 percent of Thailand’s population of more than 66 million people have received two doses of a vaccine.

Reuters and Rebecca Zhu contributed to this report.

Juvenile Charged With Murder of Woman and Her 2 Children 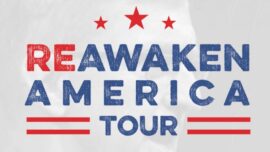 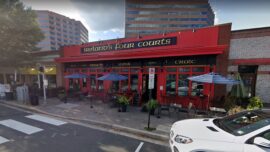 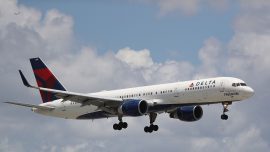