The Secret Code Names Huawei and ZTE Use to Refer to Each Other
ChinaSunny Chao Dec 7, 2018 ShareFacebookTwitterCopy Link

Details about the alleged crimes of Huawei’s chief financial officer Meng Wanzhou, who was arrested in Canada on Dec. 1 at the request of U.S. authorities, remain scant.

Sources told Reuters that the U.S. probe is looking into the Chinese telecoms firm’s use of HSBC Holdings to make illegal transactions involving Iran.

This was in fact hinted back when Huawei competitor, ZTE, was slapped with an export ban in 2016, after U.S. authorities found that ZTE had violated sanctions to provide electronic equipment to Iran.

The U.S. Commerce Department had published internal ZTE documents detailing how the firm skirted U.S. sanctions—and how a rival company was doing the same thing.

The rival was referred to as “F7.” The documents’ descriptions led many to speculate that the rival was Huawei.

In fact, bloggers in China had published the meaning of the F7 code back in 2014.

At high-level internal meetings, many major Chinese companies use codes instead of directly mentioning one another.

F7 was code for Huawei because when said in Mandarin Chinese, F7 sounds like “fu qi,” meaning “husband and wife.” The first letters of the phrase corresponds to Huawei’s abbreviation, HW.

Meanwhile, at Huawei, execs referred to its chief competitor ZTE, as 26.
The numbers said in Mandarin Chinese, “er liu,” sound like the Chinese phrase for “second-rate”: a way of signaling contempt for the competitor. Furthermore, the 26th letter of the alphabet is Z, referring to ZTE. Huawei considers itself a first-class company compared to ZTE. 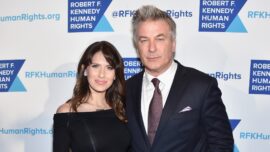