A GoFundMe campaign to fund the southern border wall will refund all money to donors because it didn’t meet its $1 billion goal, said Bobby Whithorne, director of North America Communications for GoFundMe, CBS News reported.

Donors will get their money back on April 11, unless they choose to donate their contribution to campaign creator Brian Kolfage’s new venture.

Kolfage, a triple-amputee Air Force veteran, raised more than $20 million via the crowd-funding website to build a wall along the U.S.-Mexico border.

“When I created this fundraiser, I said if we did not reach our goal we will refund donors. I am honoring that commitment today. We will promptly refund your donation unless you tell us you approve our new plan for action,” he said via GoFundMe in a Jan. 11 update.

He said he would only collect the fund if it hit its goal of $1 billion, which is about one-fifth of what President Donald Trump has asked of Congress to build the wall.

“However, that did not happen. This means all donors will receive a refund,” Whithorne told CBS of the GoFundMe.

Kolfage gave the option of giving their GoFundMe contribution to himself and a team that he assembled to privately construct the wall. The group, a 501(c)(4), is called “We Build the Wall, Inc.”

“Our highly experienced team is highly confident that we can complete significant segments of the wall in less time, and for far less money, than the federal government, while meeting or exceeding all required regulatory, engineering, and environmental specifications,” Kolfage wrote in an update on GoFundMe.

Donors will have to proactively choose to hand over the donation to Kolfage’s group. The money will be automatically returned if they do not, said Whithorne.

WE ARE BUILDING THE WALL! And when you see who is backing it you will be going #WallCrazy!!!

He added in a Business Wire interview: “Rather than subsidizing the federal government, which has betrayed the American people by obstructing President Donald Trump’s agenda, ‘We Build the Wall’ is taking the President’s signature campaign promise into our own hands. I personally will not take a penny of compensation from these donations incurred in the furtherance of this mission.”

Kolfage explained the need for a private firm to build the wall.

“Better equipped than our own federal government, we have made significant progress in less than a month, having begun extensive due diligence and commenced feasibility studies,” Kolfage said. “We are already taking action on identifying the most densely crossed areas of the border, soliciting affected landowners along the Southern border, and ascertaining the willingness of border landowners to provide no or low-cost easements on their property for wall construction.”

Who wants to bet the liberal media runs FAKE LIBELOUS articles on me tomorrow since we are announcing our plan?!

Get ready for the ATTACKS! We won’t let it stop us! We are building that wall!! #GoFundTheWall @DeplorableChoir @RyanAFournier @CLewandowski_ @gehrig38

Kolfage also issued an update via the GoFundMe page, using bullet points, and it stated that the federal government won’t be able to accept their donations in the near future.

Meanwhile, a private company is better suited than the government to use donated money to build a wall. 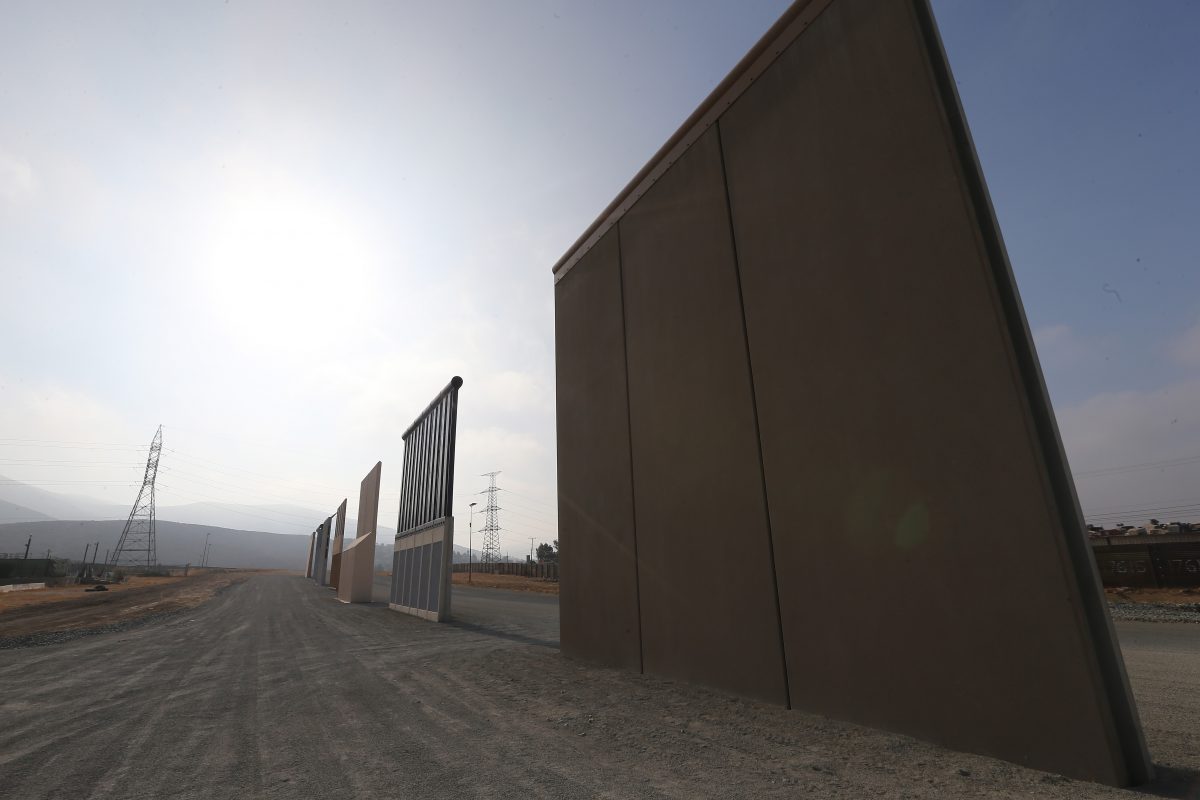 U.S President Donald Trump’s border wall prototypes stand near the U.S.-Mexico border in San Diego, Calif., on July 16, 2018. (Mario Tama/Getty Images)”Our highly experienced team is highly confident that we can complete significant segments of the wall in less time, and for far less money, than the federal government, while meeting or exceeding all required regulatory, engineering, and environmental specifications,” said the GoFundMe.

The team also believes it can “complete our segments” of the border wall in half the time.

Speaker McCarthy: Cuts to Social Security, Medicare Are ‘Off the Table’

Police: 1 of 2 Babies Recovered After Amber Alert Has Died

Speaker McCarthy: Cuts to Social Security, Medicare Are ‘Off the Table’

Police: 1 of 2 Babies Recovered After Amber Alert Has Died