WASHINGTON—President Donald Trump on Aug. 20 hosted Iraqi Prime Minister Mustafa Al-Kadhimi at the White House as part of a strategic dialogue to increase Iraq’s defensive capabilities and help reduce its dependence on Iran.

They also discussed the future role of U.S. troops in Iraq.

“We have been taking our troops out of Iraq, fairly rapidly,” Trump told reporters during the bilateral meeting with Kadhimi. “We look forward to the day when we don’t have to be there. And hopefully, Iraq can live their own lives, and they can defend themselves, which they’ve been doing long before we got involved.”

U.S. troops have been training and equipping Iraqi security forces and advising them in the fight against the ISIS terrorist group.

“We’ve been in Iraq for a long time,” Trump said. “And now we’re getting out, we’ll be leaving shortly. And the relationship is very good. We’re making very big oil deals—our oil companies are making massive deals.”

When asked about a timetable for withdrawing U.S. troops from Iraq, Secretary of State Mike Pompeo said, “As soon as we can complete that mission.”

“The president has made very clear he wants to get our forces down to the lowest level as quickly as we possibly can,” he added.

A former intelligence chief, Kadhimi came into office in May amid a political crisis and ongoing unrest in the country. An opponent of Saddam Hussein, he lived for several years in exile in the UK and the United States, establishing good connections in both countries.

Iraq’s economy currently faces a possible collapse as plummeting oil prices and the pandemic have caused severe economic hardship for the country.

“The United States helped Iraq enormously in defeating ISIS and also in toppling the Saddam Hussein’s regime. We are working on building a strong relationship” based on “joint interest” and “economic interest,” Kadhimi told reporters during the bilateral meeting.

The dialogue is aimed to bolster Iraq’s defensive capabilities and improving its stability and security, which includes preventing the reemergence of ISIS, according to a senior administration official who briefed reporters ahead of the meeting.

The Trump administration’s goal is also “to ensure that Iran’s malign and destabilizing influence is no longer present and affecting the stability, political, and security environment inside of Iraq,” the official said, adding that the meeting with the prime minister is to “assist him to be able to get to that point.”

Kadhimi’s visit came a week after Trump announced Israel’s peace accord with the United Arab Emirates, a major breakthrough in the effort to advance peace in the Middle East.

Trump on Aug. 19 touted the accord, saying that other countries also want to come into the deal. He said he expects Saudi Arabia to join as well.

The Trump administration believes that “there is much to be done to improve and expand” Iraq’s relations with the Arab Gulf states. According to Ranj Alaaldin, visiting fellow at the Brookings Doha Center, Iraq needs to form closer ties with other Arab countries to have a sustainable path to recovery.

“With U.S. support and leadership, Iraq can become re-integrated into the Arab world, re-invigorate a relationship with the Gulf that is based on mutual interests to help revive the Iraqi economy, and reduce its dependence on Iran in the process,” he wrote for the Brookings Institute.

The U.S. government also is pushing the Iraqi government to reach a sustainable budget deal with Iraq’s Kurdistan region. Under the Iraqi constitution, the Kurdistan Regional Government in Erbil is entitled to a share of the national budget but that arrangement collapsed in 2014.

In the afternoon following the meeting of Trump and Kadhimi, the U.S. State Department issued a statement supporting the rights of peaceful Iraqi protesters urging government reform: “We are outraged by the targeted assassinations of civil society activists and attacks on protesters in Basrah and Baghdad. … We urge the Government of Iraq to take immediate steps to hold accountable the militias, thugs, and criminal gangs attacking Iraqis exercising their right to peaceful protest.” 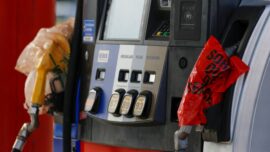 US Gas Stations Run Out of Fuel After Colonial Pipeline Cyberattack 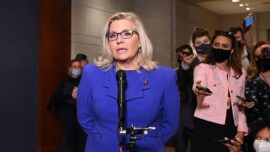 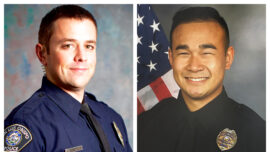 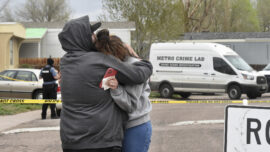 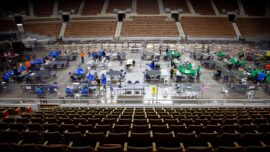 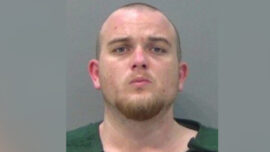