President Trump attended the “Save America March.” It’s the first march for election integrity the President has attended and spoken at. Here are some highlights from his remarks.

“As this enormous crowd shows, we have truth and justice on our side. We have a deep and enduring love for America in our hearts, we love our country. … Together we are determined to defend and preserve government of the people, by the people, and for the people.”

“We’re going to try and give them the kind of pride and boldness that they need to take back our country.” 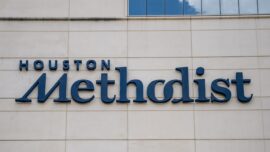