Twitter’s top trending hashtag late Thursday was #Greenland. A look at the trend leads to reports that President Donald Trump has been making enquiries into the prospect of the United States buying Greenland, which has activated the Twitter community into multiple avenues of commentary.

The Wall Street Journal, citing two unnamed advisers, reported late Thursday that Trump has, “with varying degrees of seriousness, repeatedly expressed interest” in buying the island in the North Atlantic. 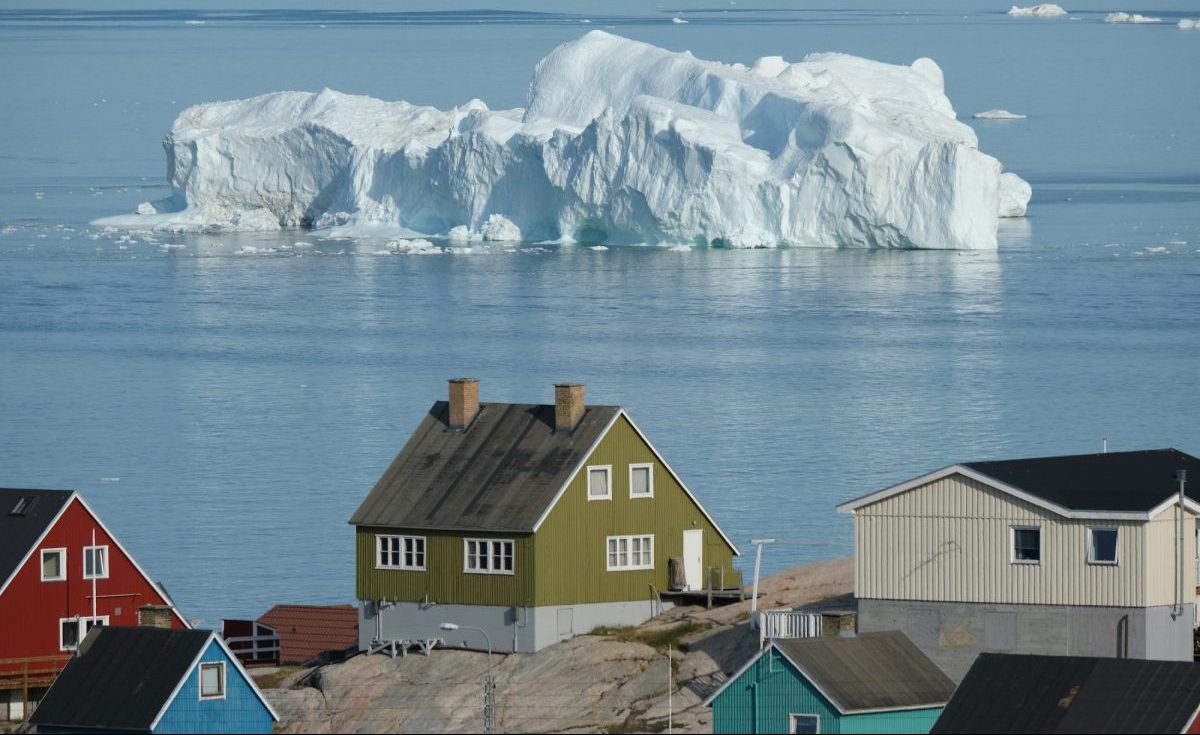 According to the article, the idea first came to Trump last spring when an associate suggested during a dinner that he should consider buying Greenland given that Denmark was having financial trouble over the island.

Trump has since been asking his White House counsel to look into the idea, the report said.

Greenland is the world’s largest island but has a population of only about 56,000. It enjoys self-governance in some areas, including judicial affairs, utilization of natural resources, and policing, as an autonomous constituent country within the Kingdom of Denmark. But its foreign and security interests remain in the hands of the Danish government—as stipulated by the Danish Constitution.

Uh, we should definitely buy Greenland. Have any of you looked at a map? It’s like, gigantic. It’s bigger than freaking Africa. pic.twitter.com/bfRw8VQHQ2

Greenland is known for its abundant resources and geopolitical importance, given its strategic location. The Arctic island is the shortest route from North America to Europe.

The U.S. military currently has an airbase, Thule Air Base, located in the northwestern part of Greenland, which has been under U.S. operation since World War II. It is home to the 821st Air Base Group, a unit of the 21st Space Wing. That unit, which is part of the U.S. Air Force, is tasked with giving early missile warnings and detecting any objects orbiting the earth to prevent them from colliding with satellites.

The military base is also being used by the U.S. Air Force Space Command and the North American Aerospace Defense Command.

The Twitter community was abuzz Thursday evening as people reacted to the news.

One Twitter user joked that Trump could set up a Space Force base in Greenland.

Some Twitter users posted images, apparently in jest, of what Greenland may look like if Trump does indeed seal the deal.

Others questioned whether those in Greenland would be on board with the idea or whether it’s even possible.

Do the people of Greenland get a say as to whether they want to be American? Because I think they should. (Recognising this is hypothetical and unlikely to ever happen. But this is 2019 so that means it’ll probably definitely happen)

This is all fun to talk about, but under the terms of the Greenland Self-Government Agreement it’s not Denmark’s to sell. https://t.co/XofcP1tu3r

Ben Shapiro, an American conservative political commentator and social media personality, expressed on Twitter that people’s stance toward Trump’s interest in purchasing the island could indicate their stance toward the United States itself.

“If you oppose the United States buying Greenland, you hate America,” he wrote.

If you oppose the United States buying Greenland, you hate America.

“Why is that always the go-to phrase? ‘if u disagree, u hate America,'” one Twitter user responded.

Meanwhile, another Twitter user joked that the United States should be looking to acquire a number of properties, including Hong Kong, Greenland, Canada, New Zealand—and the moon.

1. Hong Kong
2. Greenland
3. French Canada
4. As much of New Zealand as they’re willing to sell
5. The moon, except we already own that.

Just want to make sure you guys know that Iceland is a green island and Greenland is covered in ice pic.twitter.com/h0QxGNTud1

[after closing deal] “what the-? why’s all this ice in GREENland?”

A few Twitter users pointed out the irony that Greenland is “covered in ice.”

This isn’t the first time that the United States has expressed interest in purchasing the large, strategically positioned island. The U.S. State Department made an offer to Denmark to buy Greenland and Iceland in 1867, followed by President Harry Truman in 1946. Both times, Denmark turned the United States down.

China has also been eyeing Greenland’s rich mineral resources, including uranium and rare earths, as well as Greenland’s close proximity to the Arctic shipping lanes, according to a January 2018 editorial by state-run media Xinhua.

The communist state considers Greenland a strategic part of its Arctic ambition and “Polar Silk Road”—an extension of its One Belt, One Road initiative. But in 2018, Greenland picked Denmark over Beijing to finance its airport projects. Before the decision, diplomatic tensions had arisen after Greenland’s Prime Minister traveled to Beijing to discuss financing from China’s state-owned banks.

In chess terms, @POTUS @realDonaldTrump’s strategic purchase of #Greenland would be a zugzwang moment for #Russia & #China, placing them at a disadvantage if they encroached any further on America’s Arctic domain. The #GreenlandPurchase would be a genius geopolitical checkmate. https://t.co/IrlSpqaFzE

Kyle Olbert, the director of East Turkistan National Awakening Movement, said the prospect of the United States acquiring Greenland would serve a disadvantage to both Russia and China.

Trump is scheduled for a state visit to visit Denmark early next month. Kenneth Mortensen, a real estate agent in Nuuk, Greenland’s capital, told the WSJ there is a running joke in Greenland that Trump is visiting Denmark just to buy the island.

Frank Fang, Melanie Sun and Reuters contributed to this report.

‘The Trifecta of Hope Helped Me Through Depression’: Dr. Mark Goulston

‘The Trifecta of Hope Helped Me Through Depression’: Dr. Mark Goulston