United Airlines has agreed to temporarily pause its COVID-19 vaccine mandate until Oct. 15 for employees who submit religious or medical exemptions.

The company in early August became the first U.S. carrier to mandate COVID-19 vaccines for all domestic employees. It announced that any employees not vaccinated by Sept. 27 would be terminated on Oct. 2 and those who refused the vaccine would be terminated outright. It then said that people seeking medical or religious exemption will be automatically placed on indefinite unpaid leave.

Six United employees last week filed a class-action suit against the airline, saying it failed to provide accommodation for workers who opted to not get a COVID-19 vaccine.

Attorneys representing the employees announced Tuesday that United agreed on Sept. 24 “to halt its plan to effectively terminate some 2,000 of its employees who decline to get the COVID-19 vaccine for religious or medical reasons, in a victory for employees seeking reasonable accommodations for personal medical decisions.”

“We are pleased that under a threat of a Temporary Restraining Order, United Airlines postponed its heartless and unlawful vaccine mandate that would impose on approximately 2,000 employees the unconscionable choice of violating their religious faith, violating their doctors’ orders, or essentially losing their job,” Mark Paoletta, a partner at Schaerr Jaffe LLP who is representing the employees, said in a statement.

“United’s hostility to their own employees exercising their civil rights is stunning … Now everyone can follow the court’s decision to take the time and care needed to carefully consider the legitimate claims our clients have as we seek a solution that allows United to take necessary steps to combat COVID-19 while respecting the civil rights of valuable employees who have sincere religious objections or medical conditions that make them unable to take the vaccine,” he added.

The temporary pause allows United Airlines to process the religious and medical exemption requests from employees. United officials said they comprise less than 3 percent of the airline’s domestic workforce of about 67,000.

Texas Judge Mark Pittman is set to hear evidence and arguments in the lawsuit on Oct. 8.

United Airlines has yet to respond to The Epoch Times’s request for comment.

A United spokesperson told Fox Business, “Safety remains our highest priority. We will continue to vigorously defend our policy—vaccine requirements have been around for decades and have served to keep airline employees and customers safe,” adding that it remains convinced that its vaccine policy saves lives.

“As of today, excluding employees who have submitted exemptions, 98.5% of United’s U.S. employees are vaccinated,” the spokesperson said.

A company spokesperson told Reuters that the airline plans to hire about 25,000 people over the next few years, with COVID-19 vaccination as a requirement of employment. The spokesperson said the company also plans to require students at its pilot training school to be vaccinated. 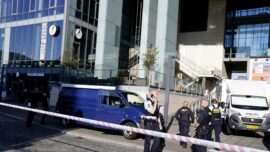 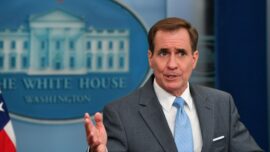