HONG KONG—The University of Hong Kong (HKU) on July 28 evening sacked veteran pro-democracy activist Benny Tai from his tenured position as an associate professor of law, in a move he called “the end of academic freedom” in the Chinese-ruled city.

He was sentenced to 16 months in prison last year for two public nuisance offenses, but released on bail pending an appeal—a conviction which prompted HKU to begin reviewing his position more than half a year ago.

“It marks the end of academic freedom in Hong Kong,” Tai said on Facebook of the decision by the governing council, which reversed an earlier decision by the university senate that there were not enough grounds for a dismissal.

“Academic institutions in Hong Kong cannot protect their members from internal and outside interferences.”

Tai was also singled out by Beijing officials earlier this month for his role in helping to organize an unofficial primary vote for the opposition pro-democracy camp to select candidates for elections for the city’s legislature this year.

Beijing said at the time Tai’s goal was “to seize the ruling power of Hong Kong and … carry out a Hong Kong version of ‘color revolution.'” It also said the vote may have violated a new, sweeping national security law, which many fear will erode freedoms in the city, including those of the media and academia.

The new law, implemented by Beijing without going through the city’s legislature, criminalizes individuals for any acts of subversion, secession, terrorism, and collusion with foreign forces, with maximum penalties of life imprisonment.

HKU said in a statement that its council “resolved a personnel issue concerning a teaching staff member” following a “lengthy,” “stringent,” and “impartial” process, without naming Tai.

The university could not be reached for comment outside business hours. 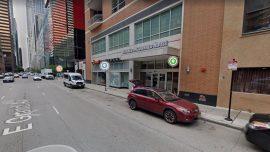 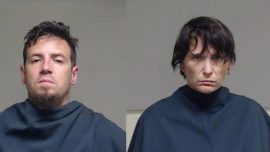