Up to 30 California Students Stuck in Afghanistan After US Pullout: Officials
AfghanistanZachary Stieber Sep 1, 2021 ShareFacebookTwitterCopy Link Comments
An U.S. Air Force aircraft takes off from the airport in Kabul, Afghanistan, on Aug. 30, 2021. (Aamir Qureshi/AFP via Getty Images)

Up to 30 schoolchildren from California are stuck in Afghanistan after U.S. troops pulled out of the country, school district officials confirmed to The Epoch Times.

Twenty-seven students from 19 families who go to school in the San Juan Unified School District are in Afghanistan, a spokeswoman for the district said in an email on Wednesday.

“These numbers continue to change rapidly. We believe that some of these families may be in transit out of Afghanistan, as we have not been able to reach many of them in the last few days,” she said.

The students and their families were in Afghanistan for personal reasons, such as visiting family members.

Students from the Cajon Valley Union School District, in the San Diego area, also went to the country for a summer trip to visit relatives, district officials have said.

Three students, all from the same family, who attend school in the district were “left behind in Afghanistan,” a spokesman for the district told The Epoch Times in an email on Tuesday.

Officials in both districts are working to get the kids home safely from the Central Asian country, which is controlled by the Taliban terrorist group.

U.S. troops completed their withdrawal on Aug. 30 despite as many as 200 Americans remaining in the country. U.S. officials have said they’ll work to get any Americans still there who want to leave out through diplomatic means.

Multiple members of Congress are helping to get the students from the San Juan district, in the Sacramento area, home safely.

One of them is Rep. Ami Bera (D-Calif.), a spokesman confirmed to The Epoch Times.

“Our office has been in contact with the San Juan Unified School District, and [has] urgently flagged the students’ information with the Department of Defense and Department of State. We are pushing the DoD and State for an update,” the spokesman said in an email on Wednesday.

The district spokeswoman said that officials “sincerely hope for their speedy and safe return back to the U.S. and back to our school communities.”

Students and families from the Cajon Valley district received assistance from Rep. Darrell Issa (R-Calif.). There were dozens of students and parents from the district stuck in Afghanistan last week. But many have since returned to California, while others are on their way, leaving just one family that still needs to be brought out, the district spokesman said.

“We are exploring strategies to rescue and bring them home,” he added. 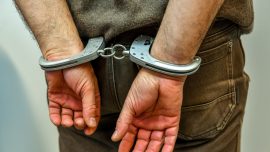 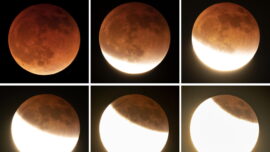