Hundreds of protesters rallied outside the Edmonton Remand Centre on Feb. 20 to show their support for pastor James Coates, who remained in custody after being charged with breaking Alberta’s COVID-19 rules and refusing to comply with his conditions of release.

In December 2020, GraceLife church in Edmonton was fined CA$1,200 ($950) when it hosted more people than the 15 percent limit mandated by the Alberta public health measures for faith-based services. The church was then issued a closure order in January, but Coates, the church’s pastor, continued holding services and was charged with one count of breaking the Public Health Act earlier this month and was later released on bail. He later broke the conditions of his release and was again charged.

Coates turned himself in to the Parkland RCMP on Feb. 16 and remains in custody.

The United States on Monday crossed the 500,000 milestone for CCP virus deaths just over a year since the pandemic claimed its first known victim in Santa Clara County, California.

The country had recorded more than 28 million CCP (Chinese Communist Party) virus cases and 500,054 lives lost as of Monday afternoon, according to a Reuters tally of public health data, although daily cases and hospitalizations have fallen to the lowest level since before the Thanksgiving and Christmas holidays.

English Schools to Reopen on March 8 as UK Eases Lockdown

Schools in England will reopen on March 8 as part of the government’s four-step roadmap to lift the CCP virus lockdown, British Prime Minister Boris Johnson announced on Monday.

Addressing the House of Commons, Johnson laid his “roadmap” out of the lockdown, which includes four stages with five weeks in between.

As part of the first stage, Johnson said, “I can tell the House that two weeks from today pupils and students in all schools and further education settings can safely return to face-to-face teaching, supported by twice-weekly testing of secondary school and college pupils.”

The number of people heading out to shops across Britain increased by 6.8 percent last week versus the previous week, a fifth straight week of uplift despite the national lockdown, market researcher Springboard said on Monday.

It said shopper numbers, or footfall, in the week to Feb. 20 was up 10.5 percent in high streets, 4.5 percent in shopping centers, and 1.2 percent in retail parks.

California’s death toll during the CCP (Chinese Communist Party) virus pandemic has topped 49,000, even as the rates of new infections and hospitalizations continue to plummet across the state.

California reported another 408 deaths Sunday, bringing the total since the outbreak began to 49,105—the highest in the nation.

CDC Was Unwilling to Partner With Industry for Rapid Sequencing: Former Trump Adviser

The deputy national security adviser during the Trump Administration, Matthew Pottinger, said Sunday that during the onset of the CCP virus pandemic, the Centers for Disease Control and Prevention (CDC) was “unwilling” to partner with industrial labs that could provide rapid COVID-19 sequencing.

He suggested that one of the reasons for the lack of collaboration is that over the years, the CDC has developed an “academic kind of mindset,” and prefers to run tests internally.

Hong Kong’s leader Carrie Lam received China’s Sinovac vaccine on Monday together with top officials at a live televised event in a bid to bolster public confidence ahead of the vaccine’s rollout in the global financial hub this week.

Sinovac is the first COVID-19 vaccine to be introduced in Hong Kong, ahead of the Pfizer/BioNTech vaccine set to arrive in the Chinese special administrative region before the end of February.

The vaccine was found to be 50.4 percent effective, according to the results of a late-stage trial in Brazil.

A mandatory three-day hotel quarantine for most travelers landing at Canadian airports comes into effect today, along with a suite of measures meant to prevent contagious COVID-19 variants from entering the country.

Prime Minister Justin Trudeau has said the tighter border controls are meant to keep everyone safe, not punish travelers. Anyone flying into the country will be required to foot the bill for their hotel stays. Travelers will also have to complete multiple COVID-19 tests in the days after they arrive in Canada. 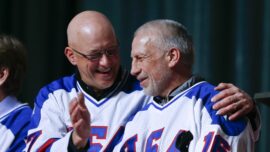 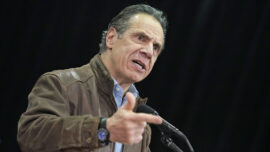