The U.S. State Department is offering a reward of up to $1 million for information on Osama bin Laden’s son, who is believed to be taking over as leader of the al-Qaeda terrorist organization.

The Department of State’s Counter-Terrorism Rewards Program issued a printable virtual wanted poster in multiple languages for the emerging terrorist leader, urging the public to help bring the man to justice.

WANTED. Up to $1 million for information on Hamza bin Laden, an emerging al-Qa’ida leader. Hamza is son of Usama bin Laden and has threatened attacks against the United States and allies. Relocation possible. Submit a tip, get paid. https://t.co/LtBVhsrwTc #RFJ pic.twitter.com/gmx5hkoSzQ

Hamza bin Laden, whose father masterminded the Sept. 11 terrorist attacks on the United States, was added to the U.S. Specially Designated Global Terrorist list in 2017. His assets in the United States were frozen as a result, and Americans were prohibited from doing business with him, according to the State Department.

The government says the younger bin Laden has posted videos calling for attacks on the United States and other western countries, with an interest in getting revenge for the death of his father at the hands of the U.S. military.

On Feb. 28 the United Nations added Hamza to its sanctions list, meaning more countries are supposed to freeze his assets and issue travel bans. Also, member states are to enforce an arms embargo against him, prohibiting the sale or transfer of weapons, according to a tweet from the U.S. Department of State Bureau of Counterterrorism.

The United Nations said Hamza has called for acts of terrorism and “is seen as the most probable successor of [Ayman] al-Zawahiri.” Al-Zawahiri became al-Qaeda’s leader following the death of Osama bin Laden.

In 2017, the U.S. government released video footage showing Hamza at his wedding as a young man, which was recovered in the May 2011 raid on Usama Bin Ladin’s compound in Abbottabad, Pakistan. The wedding is believed to have taken place in Iran, according to an analysis by the Foundation for Defense of Democracies.

Hamza is now believed to possibly be somewhere along the Pakistan-Afghan border, according to USA Today. He was born in Saudi Arabia, but after the UN designation, the Saudi government has stripped him of his citizenship.

Before his death, Osama Bin Laden was grooming his son to be the leader of al-Qaeda: @AthiraMadhav #Osama #WTC #BinLaden #UnitedStates #Reward #Terrorism #Asiaville pic.twitter.com/jfJXYHvbju

Osama bin Laden was the son of a billionaire who got rich in construction and real estate. His father was the 17th of 52 children. Osama bin Laden is one of at least 20 children that his father had with six wives, according to USA Today.

Al-Qaeda grew out of resistance fighters after the Soviet Union’s invasion of Afghanistan in 1979. The United States initially helped the fighters with money and weapons to free the country of Soviet control.

The resistance fighters eventually turned on the United States. As al-Qaeda they committed numerous terrorist attacks. They first aimed their attacks at U.S. military personnel and U.S. embassies in the Middle East region. The attacks culminated with the four highjacked passenger planes on Sept. 11, 2001, causing possibly the worst terrorist attack in history. The attack resulted in the deaths of almost 3,000 civilians, police, and first responders on U.S. soil.

Al-Qaeda has 30,000 terrorists in 17 countries. The group is responsible for three of the five deadliest terrorist attacks in the world, which includes the Sept. 11 attacks.

The terrorist group has in recent years turned its attention towards Sub-Saharan Africa, in order to gain power after the Arab Spring democracy uprisings left countries in the region without strong leadership, according to USA Today.

The Global Terrorism Index indicates that last year most of the terror attacks around the world were caused by four groups: ISIS, the Taliban, Al-Shabaab, and Boko Haram.

Despite the fact that the group has been quiet in the West recently, compared to other terrorist groups, the State Department is remaining vigilant.

“Al-Qaeda has been relatively quiet. This is a strategic pause, not a surrender,” said Nathan Sales, a counter-terrorism expert at the State Department, via USA Today. “Al-Qaeda is not stagnant. It’s rebuilding and it continues to threaten the United States and its allies … Make no mistake, al-Qaeda retains both the capability and the intent to hit us.” 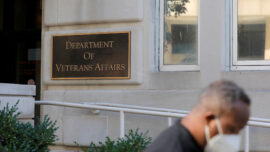