WASHINGTON—The U.S. Securities and Exchange Commission (SEC) on Monday issued its latest warning to people looking to invest in Chinese companies listed in the United States.

In an alert to investors, the SEC detailed the potential risks in putting money into U.S.-listed companies that have contracts with but no control over a Chinese entity, known as a variable interest entity (VIE). It is the most recent move by the agency to address concerns that Chinese companies are flouting rules for accessing U.S. markets.

In July, the agency said it will not allow Chinese companies to raise money in the United States unless they fully explain their legal structures and disclose the risk of Beijing interfering in their business. Earlier this year, the agency began rolling out a new law, aimed at China, that would kick foreign companies off U.S. stock exchanges if they do not comply with U.S. auditing standards.

According to the SEC, these U.S.-listed companies often own a subsidiary in China that was formed to enter into the contractual arrangements with the China-based VIE. The contracts can include powers of attorney, equity pledge agreements, and exclusive services or business cooperation agreements.

The VIE structure is typically used because of Beijing’s restrictions on non-Chinese ownership of companies in key industries in China, the SEC said. In selling shares to U.S. investors, the firms are raising capital from U.S. investors without distributing ownership of those firms to them.

The SEC warned investors that they are exposed to risk if Beijing determines they violate Chinese law, may be subject to Chinese jurisdiction in enforcing any contracts, and may be affected by conflicts of interest between the owners of the entity and U.S. shareholders. 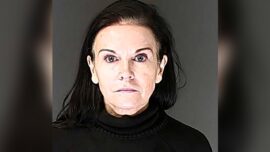