Utah’s Republican Party announced on Monday night that Sen. Mitt Romney (R-Utah) will not be censured for his vote to convict former President Donald Trump, after several other Republican lawmakers were censured over their impeachment votes.

“As a party, we are focused on supporting our elected officials and unifying around those principles that got them elected,” GOP chair Derek Brown told FOX13. “At this point, we believe it is crucial to focus on unifying our party, working together to retain those new voters who joined the Republican Party this last year, while bringing back any who may have left.”

The Utah Republican Party elaborated on Brown’s comments in a statement.

“The violence at the U.S. Capitol on Jan. 6 was horrific and inexcusable. Utah’s United States Senators each experienced those events firsthand, and then relived them during the Democratic House Managers’ relentless video-driven impeachment presentation. In the end, each of our senators voted differently,” the statement reads.

“Disagreement is natural and healthy in a party that is based on principles—not on persona,” the statement continues, referring to Sen. Mike Lee (R-Utah), who voted against convicting Trump. “We look neither to the past, nor to be punitive.”

Over the weekend, some Republicans signed and circulated a petition to call for the censuring—or formal criticism—of Romney after his vote on Saturday.

Romney, they asserted, “has prioritized his personal and political vendetta against President Donald J. Trump ahead of the Constitution of the United States,” the petition states, adding that the 2012 Republican presidential candidate “embarrassed the State of Utah when he was the only U.S. Republican Senator in 2019 to join the Democrats partisan vote to convict” during the first impeachment trial of Trump.

Meanwhile, North Carolina’s Republican Party censured Sen. Richard Burr (R-N.C.), who is retiring in 2022, over his vote to convict Trump. Lousiana’s GOP did the same in unanimous fashion against Sen. Bill Cassidy (R-La.) over his vote against the former president.

The other Republican senators to convict Trump include Lisa Murkowski (Alaska), Susan Collins (Maine), Pat Toomey (Pa.), and Ben Sasse (Neb.). Toomey stated that he would retire in 2022, while Murkowski is up for reelection in 2022.

Some analysts have speculated that Sasse could enter the 2024 presidential race. But with Trump being the most popular figure in the GOP, Sasse’s vote to convict the former president could imperil his chances.

The Epoch Times has reached out to Romney’s office for comment on the circulating petition. 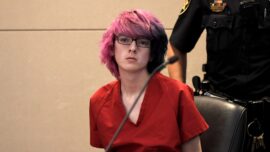