White House Holds Moment of Silence as COVID-19 Deaths Surpass 500,000
PoliticsIsabel van Brugen Feb 23, 2021 ShareFacebookTwitterCopy Link
President Joe Biden and First Lady Jill Biden hold a moment of silence during a candelight ceremony in honor of those who lost their lives to Coronavirus on the South Lawn of the White House in Washington, DC, on Feb. 22, 2021.(Saul Loeb/AFP via Getty Images)

President Joe Biden on Monday evening participated in a moment of silence at the White House to honor the 500,000 American lives lost to the CCP (Chinese Communist Party) virus.

The United States surpassed half a million CCP virus-related deaths on Monday, according to government data collated by Johns Hopkins University—in a grim milestone that marks almost a year since the outbreak first reached the United States.

“Today we mark a truly heartbreaking milestone: 500,071 dead,” Biden said in an address to the nation. ”That’s more Americans who’ve died in one year in this pandemic than in World War I, World War II, and the Vietnam War combined. That’s more lives lost to this virus than any other nation on Earth.”

Joined by First Lady Jill Biden, Vice President Kamala Harris, and Second Gentleman Doug Emhoff, the president in his address encouraged Americans to remember the lives of those lost during the pandemic.

“But as we acknowledge the scale of this mass death in America, we remember each person and the life they lived,” he said. “We often hear people described as ordinary Americans. There’s no such thing, there’s nothing ordinary about them. The people we lost were extraordinary.”

“We ask you to join us to remember, so we can heal; to find purpose in the work ahead; to show that there is light in the darkness,” Biden said, before a moment of silence was held at the White House at 6:11 p.m. EST.

“As a nation, we can’t accept such a cruel fate. While we’ve been fighting this pandemic for so long, we have to resist becoming numb to sorrow,” Biden said.

The milestone comes as Beijing faces criticism from the White House for not providing the United States with enough data on the virus inside China in 2019 and throughout 2020.

“We do not believe China has made available sufficient original data into how this pandemic began to spread both in China and then eventually around the world,” White House national security adviser Jake Sullivan told “Face the Nation” on Feb. 21.

CCP officials in early December 2019 knew that the virus had appeared in Wuhan, but sat on the information for six weeks. Party officials arrested those who tried to warn of the danger, accusing them of spreading “rumors,” and employed the regime’s rigorous censorship system to prevent negative media coverage and to delete any mentions of it from social media.

Former White House deputy national security adviser Matthew Pottinger under the Trump administration also said on Feb. 21 that the CCP had turned to its military, rather than its health authority, in an attempt to coverup and contain the outbreak.

As a result, the United States was unable to obtain any useful data from the CCP during the early stages of the pandemic, he told “Face the Nation.”

The Epoch Times refers to the virus by the name of the party responsible for the policies that saw the deadly virus released on world: the Chinese Communist Party. 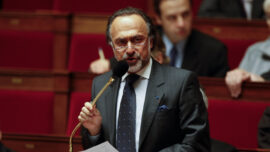 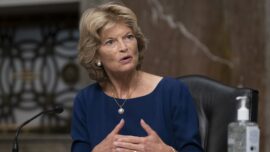